Chelsea loanee Tammy Abraham has been the talk of the town this season after impressing on his loan spell with Championship side, Bristol City. His sensational form has not gone unnoticed with the newly promoted sides Brighton and Newcastle United vying to take the youngster on loan.

Sources have reported that the Magpies are the favourites to land him for a season-long loan spell as Rafa Benitez is currently searching for options to bolster his attack.

Chelsea have decided not to sell him but on the other hand, have been mightily impressed by his progress and are expected to offer him a new deal which will see him earning a higher wage. The Blues have planned to secure his future with the club and then loan him to a Premier League club to make him ready for life in the first division. Newcastle United can be the perfect destination for a talented striker like Abraham.

In a recent interview, Abraham was unclear about his future as he was quoted saying, “I have heard a few bits, this and that, but I’m not too sure what I’m doing yet and I haven’t spoken to Chelsea about next season. Bristol is always going to be in my heart now but I’m not too sure what I’m doing. Bristol would be interested in taking me again but it’s a situation if Chelsea want me to come back or want me to go somewhere else to develop in a different way.”

But with a new contract on the way, Abraham’s long-term future is set to be sorted.

Abraham had a breakthrough season for Bristol City as he managed a mammoth 26 goals in 48 appearances.

The England U-21 international was the difference between Bristol’s safety and relegation from the second division as he netted several winners throughout the campaign and helped Bristol avoid the drop by just three points.

What he’ll offer the club?

Abraham has every quality to help Newcastle have a successful campaign in their return to the top division. He has pace and most importantly, Abraham has an end product to compliment his speed.

He can score long rangers, can be a poacher and because of his tall frame, the youngster is also a good header of the ball. He is an intelligent footballer who has tremendous work rate in his game and also an ability to find a teammate with a good pass. Newcastle lack a striker of this ilk and Abraham can fill that void effectively.

Worth taking on loan?

Absolutely. It is a win-win situation for both the parties as Chelsea will receive a player who has enough experience of the Premier League after one season with the Magpies and the Tyneside club will get a player who is talented enough to prove himself worthy of a place in a Premier League side.

Many expect Newcastle to do more than just survive the drop next season and if Abraham signs for the club, maybe he can help them reach dizzier heights than just a mid-table finish.

For more information here, there are instances when taking it could be dangerous or counterproductive. 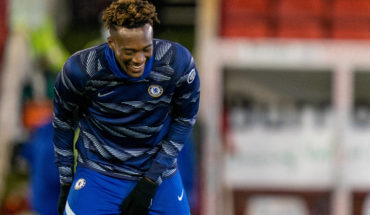