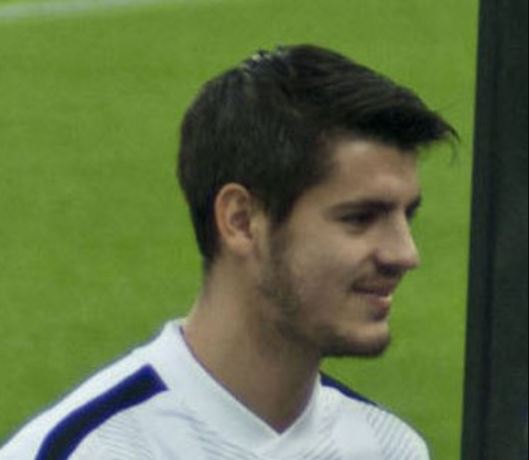 With Zlatan Ibrahimović out with a season-ending knee ligament injury, it is highly unlikely that Manchester United will offer the Swede a contract extension in the summer. He might have played his last game for the Red Devils as he could probably be on his way to the MLS next season.

Jose Mourinho will be targeting a proven striker to replace the towering forward who did wonders for them this campaign. Alvaro Morata is being linked with a move to Old Trafford in coming months with the Spaniard failing to land a starting spot in Zinedine Zidane’s playing eleven.

It is rumoured that Jose Mourinho has contacted Real Madrid club president Florentino Perez in recent days over a deal for the 24-year old striker. The Spanish club are willing to sell Morata for the second time in recent years with the reigning European champions ready to sign a blockbuster name to partner Cristiano Ronaldo. A signing in the ilk of Robert Lewandowski or Pierre-Emerick Aubameyang will surely spell the end for Morata’s Bernabeu dream.

Manchester United can offer him a way out of his misery as, despite scoring goals on a regular basis, he just hasn’t been able to influence Zidane’s team selection. Despite scoring 12 La Liga goals this season, he has started just 10 games. A player of Morata’s qualities deserves better treatment which can be provided by Manchester United and Jose Mourinho.

His goalscoring threat makes him a perfect replacement for the high-scoring Ibrahimović. Along with that, his ability to drift wide when things are not going well for him may give United a different angle to work with. He drops deep when needed and has a good sense of where his teammates are. Morata, Martial/Rashford and Mkhitaryan can form a stellar attacking trio which can perform in a free roaming role and increase the problems for the opposition.

The Spaniard has also proved himself at the highest level for both Real Madrid and Juventus and can handle the pressure that comes with wearing the famous red shirt of Manchester United. Considering his second stint with his local side is not going according to the plan, Morata will be out to prove his worth as United will get a striker hungry for goals which is always a good sign.

All in all, Morata is a brilliant option from the Red Devils to replace Zlatan Ibrahimović and with his peak years still ahead of him, this is the best time to buy the 24-year-old.