Manchester United will cross swords with local rivals Manchester City in the 189th Manchester derby on Saturday in the Premier League, hoping to claim the bragging rights at Old Trafford.

The Red Devils booked a spot in the Carabao Cup semi-finals by beating Charlton Athletic 3-0 at home on Tuesday night, thereby, making it eight wins on the bounce in all competitions. Prior to the win over Charlton, Erik ten Hag’s men had beaten Everton 3-1 in the FA Cup third round in another home tie.

With spirits high within the camp, Ten Hag and co. will aim to make it five Premier League wins in a row and close the four-point gap between them and Man City in the table.

Bruno Fernandes will be available for Manchester United again, following his suspension for the Carabao Cup quarter-final win over Charlton. Diogo Dalot was forced off with a small injury against Charlton during the first half, but Ten Hag stated in his post-match presser that the full-back’s withdrawal was purely a precautionary measure.

Raphael Varane and Anthony Martial were rested for the midweek cup tie and the duo will be back for the Manchester derby, but Donny Van de Beek will miss out again through injury.

David de Gea has the second-joint-highest number of clean sheets (8) in the Premier League so far this season. He has been in great form and will be hoping to produce a strong performance against City to add to his tally of eight clean sheets in the league.

Raphael Varane should walk straight into the starting XI, replacing skipper Harry Maguire at the back. The Frenchman will pair up with Lisandro Martinez, who helped Man United to qualify for the Carabao Cup semi-finals with a 3-0 victory over Charlton. 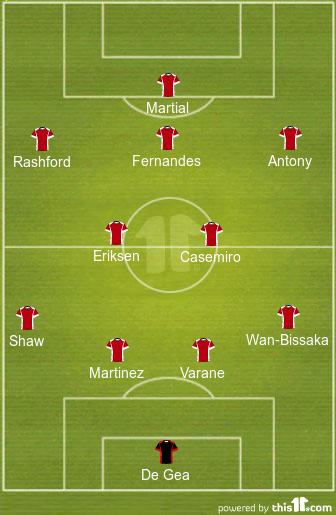 Diogo Dalot should be fine to face City, but with games coming thick and fast, Ten Hag may not want to risk the Portuguese at the weekend. So, he may opt to start Aaron Wan-Bissaka at right-back, with Luke Shaw getting the nod over Tyrell Malacia for the left-back spot.

The Red Devils’ back four must stay tight and compact throughout the game to stop the Man City forwards from scoring.

Casemiro has been a revelation and completely transformed Man United’s midfield with his defensive prowess, technical ability, huge experience and leadership skills. He is a certainty to start alongside Christian Eriksen in the double pivot, with Bruno Fernandes acting as the creative link from his preferred no.10 role.

Fred and Scott McTominay should be available on the bench as they look to make an impact in the game when called upon by the manager.

Marcus Rashford is in dream form right now and took his season’s tally to 15 goals with a brace against Charlton. He is an indispensable figure for Ten Hag’s side and should start on the left flank, with Antony, who scored a fantastic goal against Charlton in midweek, retaining his position on the right.

After being rested in midweek, Anthony Martial should be fresh and raring to go against Man City. If United needs fresh legs in attack, Ten Hag will have options in Alejandro Garnacho, Anthony Elanga and Facundo Pellestri to bring off the bench. 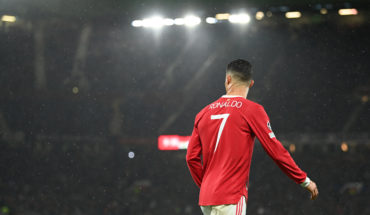 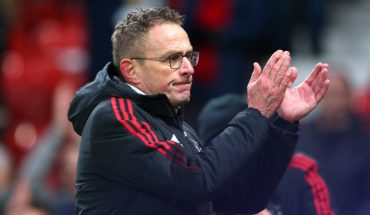 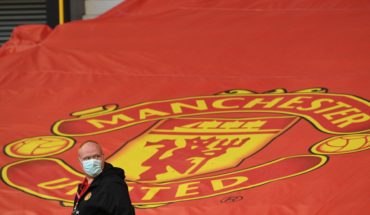