Newcastle United make the trip to St. Mary’s to face Southampton on Saturday, hoping to continue their great run of form in the Premier League.

The Magpies demolished Aston Villa 4-0 at home last weekend, registering their fifth victory in their last six games. The Eddie Howe-managed team’s bright form of late has seen them surge up to fourth in the table, seven points behind league leaders Arsenal.

Despite Southampton finding themselves just a point above the relegation zone, the Toon Army will not make the mistake of taking their hosts lightly at the weekend.

Joelinton will miss the trip to Southampton after picking up his fifth booking of the campaign during the victory over Aston Villa.

Karl Darlow was pictured returning to training on Wednesday morning having recovered from an ankle problem, although it remains to be seen whether or not the goalkeeper will be included in the squad on Saturday.

Apart from Joelinton’s suspension, Eddie Howe will have more or less the same squad that faced Aston Villa last time out.

Nick Pope will aim to keep back-to-back clean sheets in the Premier League when Newcastle United travel to Southampton.

Having conceded just 10 goals in 13 games, the Magpies boast of the best defensive record in the division and Eddie Howe will want his defensive unit to record another clean sheet on the road.

In front of Pope, Kieran Trippier, Fabian Schar, Sven Botman and Dan Burn should all retain their places in the Newcastle lineup. 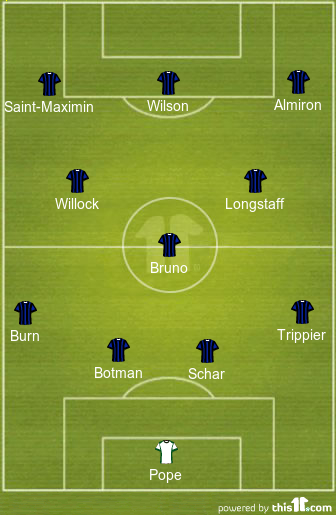 Schar and Botman will continue operating in central defence, with Trippier and Burn providing attacking impetus as well as defensive nous from full-back positions in the Newcastle lineup.

One of the standout performers this campaign, Bruno Guimaraes should reprise his No.6 role in the Newcastle lineup against Southampton. With the Brazilian holding the visitors’ midfield, Sean Longstaff and Joe Willock will be tasked to exploit the gaps behind the opposition backline and create opportunities for the offensive players.

This means Jonjo Shelvey and Ryan Fraser must again settle for a role on the bench.

Allan Saint-Maximin has made cameo appearances in the last two games since returning from a hamstring injury but with Joelinton suspended on Sunday, the Frenchman could be handed a start in his preferred left-wide position in the Newcastle lineup. With his flair, pace and dribbling skills, Saint-Maximin will try to make the Southampton defenders’ life difficult.

Callum Wilson and Miguel Almiron have virtually become undroppable in recent weeks following their productive performances in front of goal. The duo will join Saint-Maximin to form a fearsome attacking trident for Newcastle. 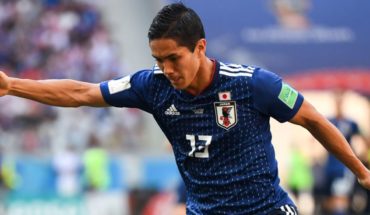