Multiple outlets have reported that there have been talks ongoing for Chelsea striker Romelu Lukaku for a return back to Inter Milan on a loan spell, with Sky Sports recently revealing that a loan move is close to being finalized.

The Belgian striker has failed to deliver after his switch to the Premier League, managing to score just 8 goals in 26 appearances, falling short of expectations after his $110m move to Chelsea from Inter.

While many reasons have been outlined why the striker hasn’t been able to fire as well as he did in Italy, Lukaku has his heart set on moving back again to Inter Milan. There are complications over how Inter would be able to afford him, but Thomas Tuchel must start looking for options right away so they are not left short-handed in the attacking department. Not resolving this issue would obviously hurt them as was evident last season.

Chelsea are amidst an ownership transition and have encountered several roadblocks with some ongoing off-the-pitch issues. Regardless, they must do everything in their power to replace Lukaku and find someone who could help close the gap to Liverpool and Manchester City.

Chelsea need someone who regularly finishes his chance in front of goal. Osimeh could definitely turn out to be one to answer their prayers. The Nigerian striker had an excellent season at Napoli managing 18 goals in 32 appearances for the Italian outfit. The 23-year-old’s performances helped Napoli finish just seven points behind leaders AC Milan.

Chelsea would have to battle it out with Arsenal who have been heavily linked with the striker. The striker may cost approximately £85m.

Gabriel Jesus has found it difficult to start consistently for Manchester City and with Erling Haaland’s arrival, his playing minutes will be further reduced.

The Brazilian forward is a Premier League-proven entity and can be considered a cheaper alternative to Osimeh. The 25-year-old scored 15 goals and assisted 9 times in 27 appearances for the Manchester side last season, often playing out wide on the right flank.

Chelsea would have to move quickly to get him since Arsenal are at the forefront for his signature.

With Inter Milan wanting to loan-in Romelu Lukaku, Chelsea might have some leverage in bringing in Martinez. While Martinez plans to stay at Inter, he might be forced to consider his options since the Italian side might still consider selling him owing to their financial woes.

The Argentinian had an amazing season in front of the goal, scoring 21 goals in 28 appearances for the Italian outfit last season. Chelsea could also consider playing him alongside Timo Werner which could help the latter in unlocking his potential. 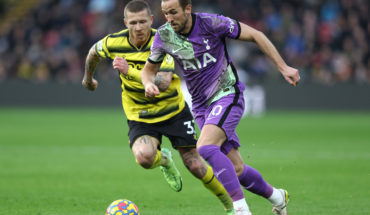