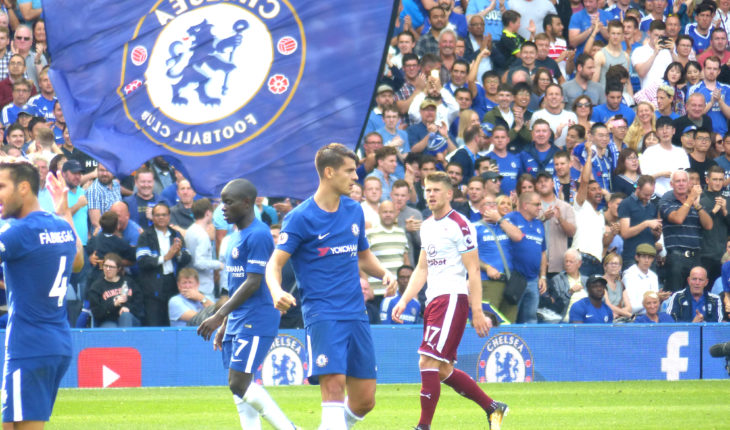 Chelsea have travelled to Anfield to face off against Liverpool, in what can be considered a dry run before they meet once again in the Premier League this weekend at the Stamford Bridge. Both sides will be competing for a place in the fourth round of the EFL Cup. Both sides will be eager to win and take that momentum into the crucial clash on Saturday.

Hosts Liverpool are enjoying their best start in the club’s history with six consecutive wins in the Premier League. They are also the only side to retain a 100% win record this campaign after Chelsea blew their own record by drawing with West Ham United last weekend.

There is a fair amount of speculation regarding Chelsea’s team news with a number of players battling niggling injury worries and hence are unlikely to be risked. The likes of Pedro, Rudiger and Loftus-Cheek are likely to sit out and while Hazard is in the squad, he is unlikely to start.

Willy Caballero might just be given a chance ahead of Kepa Arrizabalaga to start between the sticks. He will be keen to impress following his debacle at the 2018 FIFA World Cup earlier this summer.

In defence, Sarri is expected to ring in the changes, with Davide Zappacosta being deployed as the right back while Emerson starts on the opposite flank, replacing Marcos Alonso, who had a tough time against West Ham last weekend.

Gary Cahill might get a rare start alongside Andreas Christensen in central defence, replacing Chelsea’s preferred duo of David Luiz and Antonio Rudiger.

Loftus-Cheek will most likely miss the opportunity to impress due to injury. We might see the hugely talented Ampadu in central defensive midfield where he will be afforded slightly more time and freedom on the ball. Fabregas will hope to make a start while Barkley will complete the midfield trio giving Jorginho and Kante some much-deserved rest.

Alvaro Morata will replace Olivier Giroud up front. The Spaniard is expected to be partnered by the wide-duo of Callum Hudson Odoi and Victor Moses. It will be interesting to see how Moses performs after being used as a fullback by Antonio Conte.

Odoi, on the other hand, is a speedy winger, who has won the hearts of Chelsea fans with his mesmerizing performances in the youth leagues. And the EFL Cup tie against the Reds will provide him with the ideal opportunity to prove his credentials at the highest level. 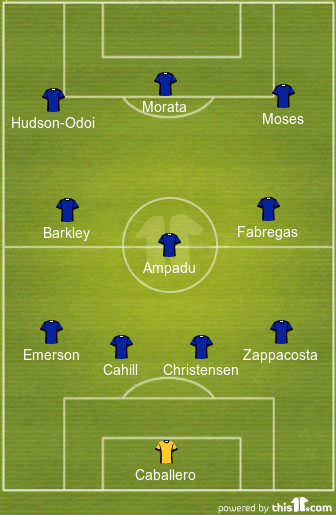