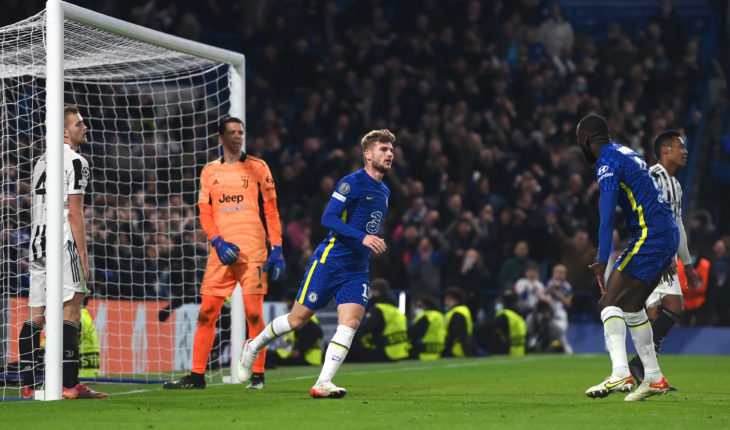 Chelsea will launch their bid for a ninth FA Cup title against National League side Chesterfield in the third round on Saturday. The Blues last won the FA Cup in 2018, but have reached the final in the last two editions.

The London club have not lost at this stage of the tournament since 1997-98 and are likely to extend that streak when they welcome the fifth-tier side to Stamford Bridge.

Chesterfield, for their part, will relish the prospect of taking on one of England’s biggest clubs. They have lost just once in their last 15 games and top the National League standings.

The most recent meeting between these two teams was back in 1949-50, when Chelsea thrashed Chesterfield 3-0 in the FA Cup.

Thomas Tuchel is expected to make wholesale changes to his side, given the nature of the opposition. A number of young players like Harvey Vale, Lewis Hall and Xavier Mbuyamba could be handed a start.

N’Golo Kante and Thiago Silva are unavailable after testing positive for COVID-19, while Edouard Mendy is away on international duty. Ben Chilwell and Reece James remain sidelined due to injuries, but Andreas Christensen has returned to training and could feature.

Kepa Arrizabalaga will be first-choice for Chelsea in the league while Mendy is away on international duty, and that could pave the way for Marcus Bettinelli to start in goal against Chesterfield. The 29-year-old has not featured for Chelsea since joining the club last year.

Xavier Mbuyamba is also pushing for his debut. The Netherlands youth international is a promising talent who has earned comparisons to Liverpool’s Virgil Van Dijk for his style of play.

Malang Sarr and Andreas Christensen could partner Mbuyamba in central defence. Christensen has featured just twice in Chelsea’s last seven games and will be raring to make an impact.

Chelsea have very few wing-back options, which means Callum Hudson-Odoi could deputize at left wing-back, with Cesar Azpilicueta on the right in the Chelsea lineup.

Thomas Tuchel has an abundance of options in midfield. Ruben Loftus-Cheek could start for the first time in seven games alongside Ross Barkley in the Chelsea lineup.

Timo Werner is likely to lead the line for Chelsea. The German is available again after contracting COVID-19 and needs some minutes under his belt if he is to challenge the likes of Romelu Lukaku and Kai Havertz for a regular starting berth.

Harvey Vale impressed in the 2-0 League Cup win against Brentford earlier this season and is expected to start on the right side of the attack, while Christian Pulisic features from the left. 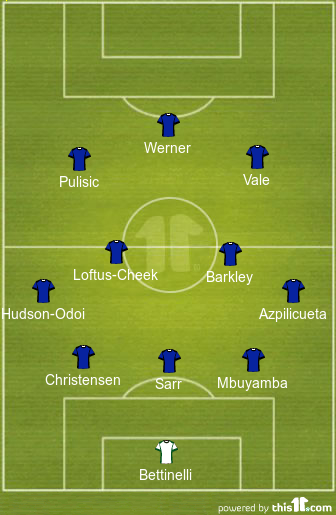