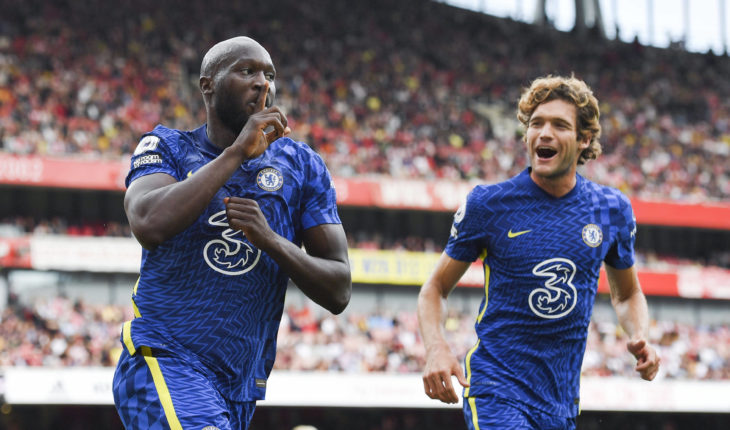 Chelsea will aim to begin their Champions League campaign on a flying note when they welcome Zenit St Petersburg to Stamford Bridge tonight.

The Blues, who are the defending European champions, have been drawn into Group H in the Champions League alongside Zenit, Juventus and Malmo. They will enter the contest against the Russian side as clear favourites having impressively beaten Aston Villa 3-0 in the Premier League over the weekend.

A brace from striker Romelu Lukaku and a goal from midfielder Mateo Kovacic saw Thomas Tuchel’s Chelsea through.

Chelsea are set to be without Christian Pulisic due to an ankle problem that he picked up while representing the United States during the recent international break. N’Golo Kante missed the Premier League fixture against Aston Villa on Saturday and even though he is close to a return, he will remain absent for tonight’s encounter as well.

Edouard Mendy played a crucial role in Chelsea’s Champions League triumph last season, keeping an impressive nine clean sheets in 12 games—an accomplishment that earned him Europe’s Goalkeeper of the Year Award. The Senegalese was excellent against Aston Villa over the weekend, making some really key saves to help Tuchel’s side to all three points. He’ll be up for tonight’s challenge.

The back three of Thiago Silva, Antonio Rudiger and Trevoh Chalobah kept a clean sheet against Villa in the last game. While Chalobah has done well so far in what could be his breakthrough campaign at Stamford Bridge, the youngster’s lack of experience in Europe could see Tuchel drop him for the vastly experienced Cesar Azpilicueta, who should feature in the Chelsea lineup.

Marcos Alonso has virtually locked down the left wing-back position this season and is set to continue there with Reece James getting the nod ahead of Callum Hudson-Odoi at right wing-back in the Chelsea lineup.

Ben Chilwell has been in the news with Thomas Tuchel stressing on the Englishman not being ready to take the field from the start of the season. But we expect to see him on the pitch sooner rather than later with even tonight’s match being a possible opportunity to hand him a start. 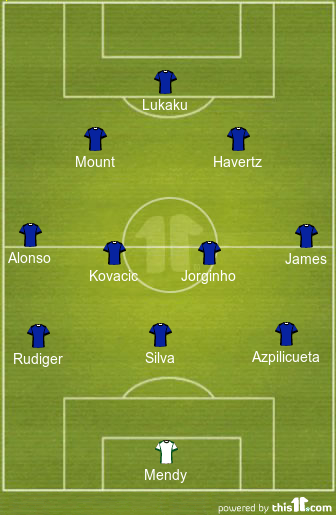 Mateo Kovacic has been a reliable presence in the middle of the park for the Pensioners, and with N’Golo Kante sitting this one out, the Croat should start against Zenit in the Chelsea lineup.

Summer signing from Atletico Madrid, Saul Niguez failed to impress on his Premier League debut against Villa and was hooked off at half-time. He will be given more time to settle down.

This could see Tuchel go with Jorginho as Kovacic’s partner in the Chelsea engine room against Zenit.

Due to a plethora of attacking options, Tuchel could shuffle his pack and bring in Mason Mount for Hakim Ziyech against Zenit. Mount, a creative midfielder, is such an important player for the Blues and will look to combine well with Kai Havertz in the final third.

Leading the attack for Tuchel’s side will be Romelu Lukaku, who will aim to get his Champions League campaign up and running after bagging a brace against Villa last Saturday.

In-form Timo Werner is an alternative for Tuchel. 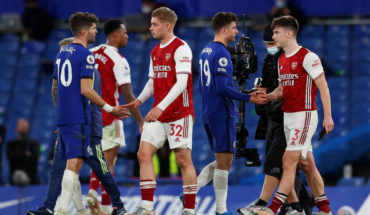 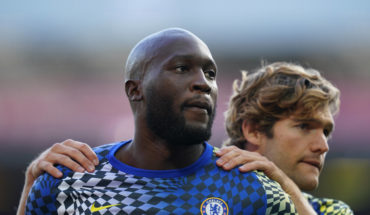