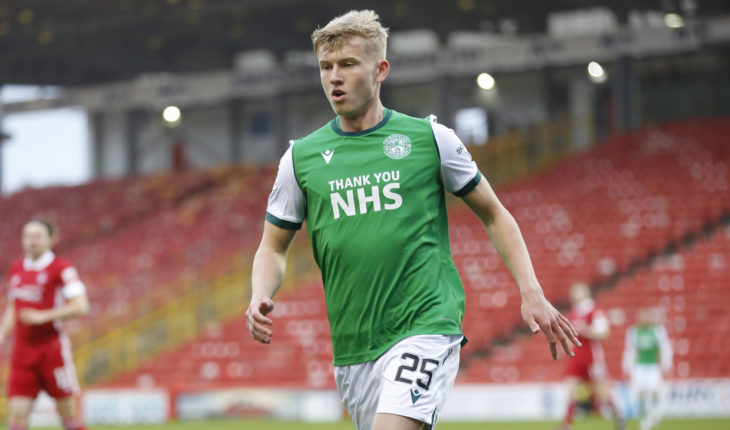 Leeds United are interested in signing Hibernian left-back Josh Doig this summer. The Scottish full-back moved to the club from Hearts in 2019 and established himself at Hibernian last season.

Hibs’ sporting director Graeme Mathie recently opened the door for Doig to move this summer, but has been frustrated at the offers they have received for the 19-year-old. A report by Leeds Live claims that the Scottish side could sell Doig for a fee of £5 million, but some Premier League sides do not want to pay more than £3 million for the player who recently became an adult.

Josh Doig won the SFWA Young Player of the Year, while he was also named Hibernian’s Young Player of the Season at the end of last season. The Scotsman has four years remaining on his current deal at the club, having signed an extension earlier this year.

Josh Doig: Should the Whites make their move?

Josh Doig is a talented young footballer, who has the potential to be a very good player in the future. The Scot is an attacking full-back who likes to bomb up and down the flank. He has been likened to compatriot and Arsenal full-back Kieran Tierney. Doig likes to take on defenders with his speed and dribbling, and put in crosses into the box.

The 19-year-old is strong with both feet, which helps him while venturing forward. He has been played on the left and right as a full-back, while he has also played further forward as a wide midfielder. Doig is a versatile, quick, attack-minded player who could be a decent addition to a number of Premier League squads.

Leeds United could be a good place for Doig to develop as a player and he has the qualities that manager Marcelo Bielsa likes in his full-backs. The Whites lost their first-choice left-back Ezgjan Alioski, who left on a free transfer at the end of last season. But, the Premier League side quickly signed a replacement in Barcelona’s Junior Firpo.

The Whites, though, don’t have a backup option at left-back, with Bielsa’s other option in that position being Stuart Dallas. Dallas, though, has thrived in the midfield position which is where he will likely play in the upcoming season. The options at left-back were further reduced with the departure of youngster Leif Davis, who featured a few times last season.

Josh Doig could take up Davis’ place in the Leeds squad, playing in cup games or as a squad player who can fill in for a few minutes in the Premier League initially. The youngster certainly has the potential to become a decent Premier League player and the best place for him to develop is Elland Road.