Home
LEAGUES
English Premier League
Arsenal
Arsenal Closing In On £50m Stalwart: Predicted Lineup With Him In The Squad 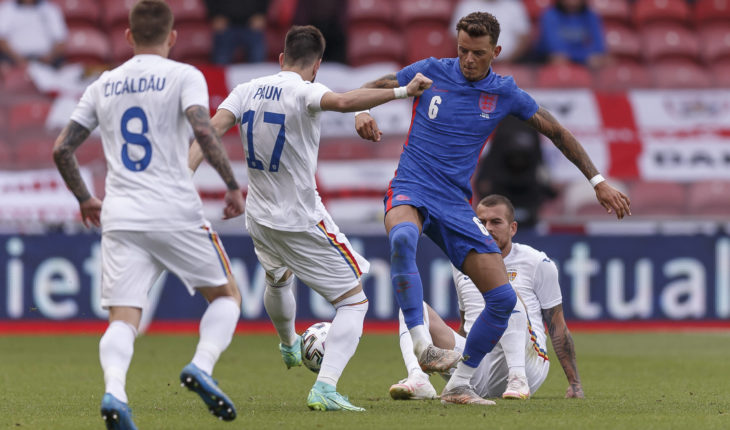 Arsenal are reportedly close to completing a move for Brighton & Hove Albion defender Ben White. According to the Athletic, the Gunners have agreed a £50m deal to sign the England international, which will make him the most expensive defender in the club’s history.

The 23-year-old is currently on holiday and will complete his medical once he returns.

White was a mainstay in Brighton’s defence last season, making 36 appearances in the Premier League. His displays earned him a call-up to the England squad for the recently concluded European Championship.

White is an extremely composed centre-half and has great technical ability. He is confident in possession and capable of dribbling out of pressure, making him an ideal fit for Arsenal, who are in dire need of the aforementioned qualities.

The 23-year-old is also quick and an excellent reader of the game. He averaged 1.7 interceptions per game last season, more than any other Arsenal centre-half.

White will undoubtedly slot straight into the Arsenal lineup. Here, we take a look at how Arsenal could line up with the England defender next season.

Mikel Arteta is unlikely to shift from the 4-2-3-1 system he used for the majority of last season.

Bernd Leno will retain his spot in goal. The German has been one of Arsenal’s better players in recent seasons although he remains prone to the occasional howler.

Kieran Tierney and Hector Bellerin are Arsenal’s first-choice full-backs. Tierney has been sensational for the Gunners ever since his arrival from Celtic in 2019 and is one of the first names on the team sheet. Bellerin has failed to live up to expectations the past couple of seasons, but he remains ahead of Cedric Soares in the pecking order.

The Gunners are listening to offers for the Spaniard, but if he remains at the club he should be the first-choice right-back to feature in the Arsenal lineup.

Ben White and Gabriel will likely start at the centre of the defence. Gabriel made a strong start to his Arsenal career last season, but his form tailed off towards the end of the campaign. However, he showed glimpses of his potential and should be able to nail down a starting spot this season.

Rob Holding and Pablo Mari are Arteta’s other options at centre-back.

With Granit Xhaka and Lucas Torreira expected to be shipped out, Mikel Arteta does not have too many options in central midfield. Thomas Partey struggled with injuries last season, but when fit, he is a guaranteed starter in the Arsenal lineup.

The Gunners are close to announcing the signing of Albert Sambi Lokonga, who could slot straight into the team.

Arsenal are also reportedly pushing for a move for Sassuolo midfielder Manuel Locatelli. If the Italian does arrive at the Emirates, he should make the Arsenal lineup alongside Partey. But as of now, the player is said to be interested in a move to Juventus.

Mohamed Elneny and Joe Willock, who has returned from a successful loan spell at Newcastle, will also push for a starting berth.

Emile Smith Rowe had a breakout campaign in 2020-21 and will be entrusted with the No. 10 role.

Nicolas Pepe and Bukayo Saka will line up on the wings for Arsenal. Saka was Arsenal’s standout player last season, with his displays earning him a spot in Gareth Southgate’s Euro 2020 squad. Pepe has struggled for form since his arrival at the club, but he did show glimpses of his best towards the end of last season.

Pierre-Emerick Aubameyang will lead the line for the Gunners. The Gabon international netted just 10 goals in the Premier League last season and he will be hoping to rekindle his best form this campaign. Alexandre Lacazette and Eddie Nketiah will serve as back-up. 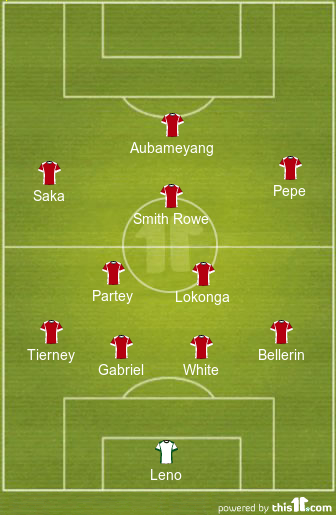