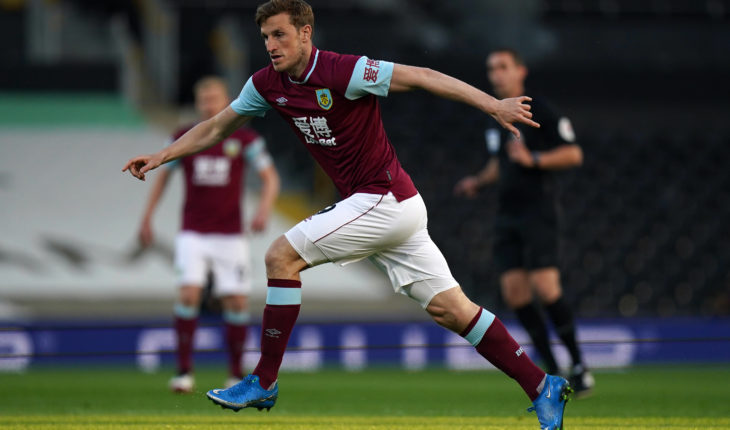 West Ham United are interested in signing Burnley forward Chris Wood in the current transfer window. The 29-year-old striker has been with Burnley since 2017, signing from Leeds United for a fee of around £15 million.

As per Mirror Football, several clubs are interested in signing Chris Wood, out of which West Ham United seem to be heading the queue. The report claims that Burnley would demand in excess of £25 million for the New Zealand international. The likes of Aston Villa and Everton are also having a look at Wood, who has two years remaining on his current deal at Burnley.

The New Zealander has been the top scorer for his club in each of the four seasons he has been with them. He has racked up 50 goals in 144 appearances in all competitions for Burnley.

Chris Wood has done exceedingly well for a severely limited Burnley side since signing for them in 2017 from Leeds United. The experienced striker has been the Clarets’ go-to man in attack in recent years, as he has scored key goals to keep Burnley safe and at an arm’s distance from the relegation zone.

A tall and powerful centre-forward, Chris Wood is a throwback to the classic English striker of old, who uses his strength to bully and overpower defenders. He averaged a whopping 4.7 aerial ball wins in the 2020-21 Premier League season and an average of 2.1 shots on goal per game. He has been the perfect striker for Sean Dyche’s direct football tactics at Burnley and has combined well with Matej Vydra and Ashley Barnes up front.

Wood’s height and presence up front could be a useful “Plan B” for David Moyes and his West Ham side as he offers something different to the attackers that the former Everton and Manchester United boss currently has. Michail Antonio, who primarily played as the Hammers’ striker last season, is a player that likes to play on the shoulder of the last defender and use his pace to run in behind the defence. Wood, meanwhile, likes passes into his feet where he can hold up the ball, link up play with the attacking midfielders and get in the box to head in crosses.

The London club also have players who can cross well into the box like fullbacks Aaron Cresswell and Vladimir Coufal, while midfielders Declan Rice and Tomas Soucek also like to play balls into the forwards from deep areas. Chris Wood has loads of experience and has shown that he can score consistently in the Premier League, which makes this move by West Ham a sensible one.

The injury issues which have plagued Antonio also mean that Moyes cannot afford to head into the next season without another credible option up top. And the increase in the number of games also means West Ham can offer Wood a taste of European football which makes this deal seem a sensible one for both the player and the interested club.