Home
LEAGUES
EFL Championship
Norwich City
West Ham Have To Shell Out At Least £30m For Defensive Target: Should Moyes Go Ahead? 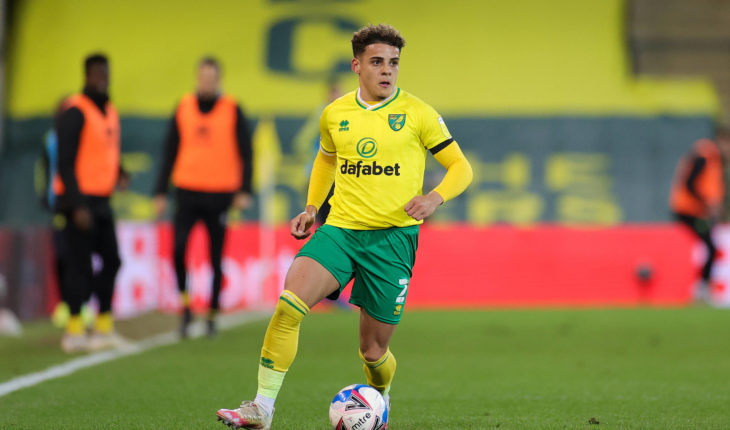 West Ham United have reportedly set their sights on Norwich City right-back Max Aarons as a potential signing in the upcoming summer transfer window, as claimed by The Independent.

The Hammers are aiming to finish in the top four this season and will be confident of securing a Europa League berth at the very least. Currently, they stand in the fifth spot with 55 points in 33 games. Fourth-placed Chelsea secured a crucial win over David Moyes’ men this weekend and are now 3 points ahead while also having a much better goal difference.

According to the same report, the Canaries will allow the fullback to leave the club as they had promised to sanction his move a year after the relegation.

It won’t be a cakewalk for David Moyes to sign Max Aarons though as many clubs are on the lookout for his signature. Tottenham Hotspur, Barcelona, Roma, Bayern Munich, and Manchester United, all have been interested in him in the last few transfer windows. The Yellows are well-aware of the massive potential of their full-back. Thus, they will demand at least £30 million from the heavyweight clubs in order to facilitate his departure.

Is signing Max Aarons a necessity for David Moyes?

There is no doubt that Max Aarons is a serious talent but David Moyes won’t be able to play Coufal and Aarons together. Also, if he is for sale, the bidding war could push the transfer price far above £30 million. This could disturb the whole transfer budget for the Hammers who will have to carefully navigate the summer window ahead of a potentially massive season.

Rather than looking for a right-back who will surely demand regular starts, the manager needs more depth in midfield and attack. Declan Rice, Tomas Soucek, and Mark Noble are the only senior midfielders at the club. If either of them is injured for a substantial period of time, Moyes will struggle to field a strong partnership in the middle of the park which is already being stretched to the limit given Noble’s age.

Further forward, Jesse Lingard has been the catalyst behind the team’s success in maintaining the early season momentum. He is currently on loan and if Moyes is to pull off a permanent signing, West Ham have to splash the cash on him as well.

There is also the issue of fortifying the striker’s position. The Hammers let go of Sebastien Haller in January and will surely need to find a replacement.

Michail Antonio has been leading the line since his departure but his injury-prone nature means that Moyes desperately needs another number nine. Until West Ham’s owners are kind enough to hand him a massive budget in the midst of a pandemic, David Moyes should prioritize positions where he needs more depth.