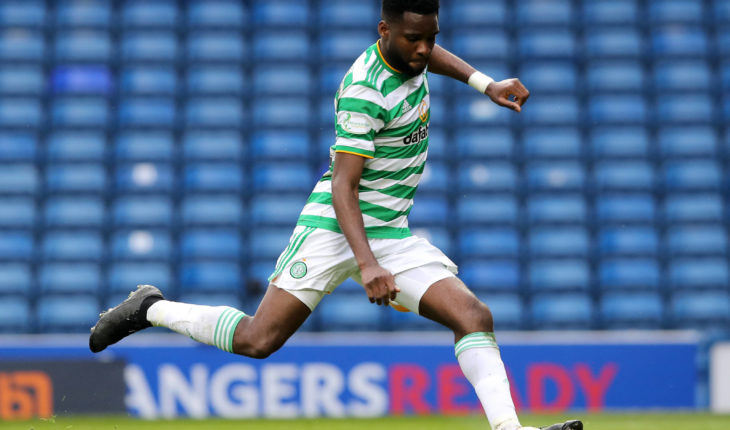 West Ham United are the favourites to land Celtic striker Odsonne Edouard this summer, as claimed by Football Insider.

The 23-year old striker has told the Hoops that he wants a move away from the club. His contract is set to expire in the summer of 2022. It is understood that the Scottish club either have to cash in on him in the upcoming window or see him leave as a free agent next year if they are unable to tie him down to a new contract.

Not only West Ham, but Leicester City and Arsenal are also apparently in the race to sign him. The Foxes were supposed to be the first movers for the French talent but their prioriteis seem to have changed now. Brendan Rodgers wanted to reunite with his former striker but the renaissance of Kelechi Iheanacho has altered his summer plans.

The former Manchester City sensation is the in-form player in the Premier League currently. He has nine goals in 977 minutes of Premier League action. In seven Europa League games, he has found the back of the net three times and also assisted three goals. With Jamie Vardy and Iheanacho the options up front, Odsonne Edouard will find it hard to break into the first team.

In January, West Ham sold Sebastien Haller to Ajax, leaving them short on options up front. They failed to sign a replacement for him in the winter transfer window. The main striker in the team, Michail Antonio, is susceptible to injuries, and David Moyes is wary of that. If the Hammers qualify for European football next season, they need to buy a striker in the summer as solely depending on Jarrod Bowen to lead the line will not be the best decision going into a potentially hectic season.

Over the years, Odsonne Edouard has shown his goal-scoring quality in the Scottish league. The French youth international had a remarkable campaign last year. Before the pandemic ended the season unexpectedly, he had netted 22 goals in 27 Scottish Premiership games. There is a slight blip in form this season, but he has still managed to score 16 times in 26 appearances. There is a considerable difference in quality in the two leagues, but Odsonne Edouard might find West Ham’s attacking play suitable for his style.

Celtic had slapped a £40 million price tag on their striker last year to fend off any interest but the reports claim that they might be forced to lose him for a measly £8 to £10 million this year. If that is indeed the case, the Hammers can well use a major portion of their transfer kitty to try and sign Jesse Lingard on a permanent deal.

The London club have been linked to other strikers like Arsenal’s Eddie Nketiah and Sevilla’s Youssef En-Nesyri as well.

Nketiah will come at a cheaper price but he doesn’t have the experience of playing a full season and understandably lacks experience. On the other hand, Sevilla won’t allow Youssef En-Nesyri to leave for anything less than £30 million. All of this points to Odsonne Edouard being the best option for David Moyes this summer.