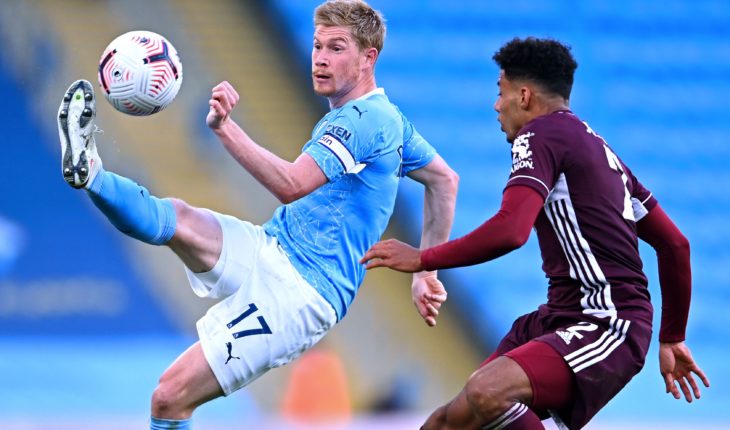 Manchester City travel to King Power Stadium to face an in-form Leicester City this weekend. The Sky Blues have won four straight games in all competitions after a blip against Manchester United and are still challenging on all four fronts.

Pep Guardiola will undoubtedly have one eye on Tuesday’s Champions League quarter-final first leg against Borussia Dortmund, with his side sitting pretty atop the Premier League table.

Of course, winning the Premier League is not Leicester’s goal this season. But, Brendan Rodgers will want his team to finish in the top four and qualify for the Champions League and a positive result against Pep’s team will provide a huge fillip to the squad.

Guardiola has a full squad to pick from, which is a rare occurrence for any side this season. Sergio Aguero’s tenure at the club is coming to an end, with the City legend scheduled to leave when his contract ends this summer. And, he will be desperate to play every minute he can till that point.

Guardiola, on the other hand, would not allow emotionalism to get the best of him, with Gabriel Jesus ready to lead the visitors’ attack once more. We expect Aguero to get playing minutes in the second half.

Ilkay Gundogan could be given a rest to ensure he is fresh for the Champions League match against his former side. Raheem Sterling and Joao Cancelo could both be on the bench as well.

Ederson is a nailed-on starter in goal for City.

John Stones and Ruben Dias were decent over the international break for their respective countries but did not reach the same level of performance as shown during the course of the season.

But they are likely to be the centre-back pairing in the Man City lineup.

We expect Kyle Walker and Oleksandr Zinchenko to start in the right and left-back positions respectively.

Guardiola could entrust the midfield duties to Bernardo Silva, Rodri and De Bruyne.

Rodri played fewer minutes of international football compared to the other two and will have more legs. The midfield battle is crucial as it is Ndidi and Tielemens who will feature in the midfield for Leicester City.

De Bruyne was not at his imperious best for the Belgian national team and has yet to hit full stride ever since returning from injury. Whereas, Bernardo Silva was influential for Portugal and his work rate was excellent. He will be looking to maintain a similar level of performance.

The front three, as with the midfield three, is extremely hard to predict for a Guardiola side but we expect him to go with Mahrez on the right-wing, Foden on the left-wing and Jesus as the central striker in the Man City lineup.

Jesus has a huge couple of months ahead of him as any definitive displays from the striker could alter the team management’s plans regarding pursuing a Sergio Aguero replacement. 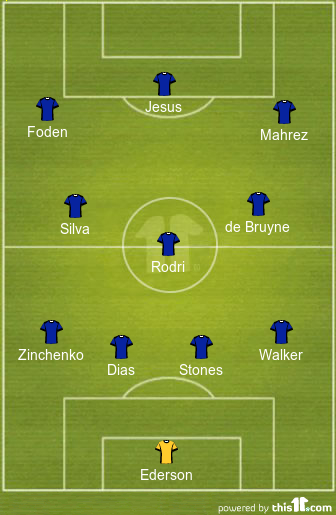