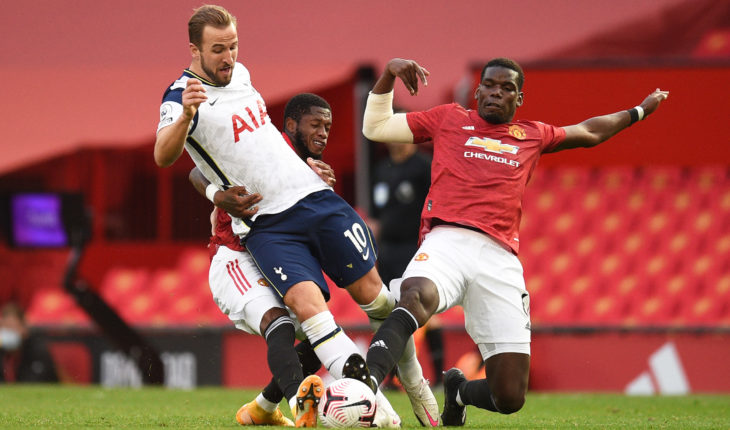 Manchester City may switch their interest to Harry Kane if they are not able to sign Dortmund striker Erling Haaland. Kane has come through the ranks at Tottenham Hotspur and is the second-highest goalscorer in Spurs history.

As per The Times, Erling Haaland is Manchester City’s main target in the summer. Haaland is earmarked as Sergio Aguero’s replacement when the Argentine leaves the club at the end of the season. But, the report claims that Harry Kane could be another option for City if they are unable to sign Haaland.

Haaland is having yet another sensational season, having racked up 33 goals in 31 games for Dortmund. Kane, too, is having a strong season with Spurs, with 27 goals in all competitions.

Would Harry Kane be a good option for Manchester City?

Manchester City recently confirmed that Sergio Aguero will leave the club at the end of the season, bringing an end to his 10-year stint with the Premier League side. Aguero’s backup, Gabriel Jesus, hasn’t been able to fill the big boots of the Argentine, and Manchester City may bring in a high-profile striker in the summer.

City have been linked with Erling Haaland, who is touted to become one of the greats of his generation. The Norwegian has the talent and maturity to play for a huge side like Manchester City and could become a City legend like Aguero.

But, if the Cityzens are unable to sign the 20-year-old, they will have to turn their attention elsewhere, to perhaps a player like Harry Kane. Kane has been Spurs’ talisman over the last few years, and it seems like he has taken the club as far as he possibly can. A world-class player like Kane will want to win major trophies, which seems improbable at Spurs presently.

The Englishman is an all-round striker who can score goals, press the opposition’s defence, as well as set up goals, which he has added to his range of skills over the last few seasons. The 27-year-old is at his prime as a footballer and still has a few more years of his best football in front of him.

The English striker is a leader on and off the pitch, which is a quality that City manager Pep Guardiola will like. Harry Kane would be a fantastic addition to City’s team, and could be the final jigsaw in what is shaping up to be a team that can dominate domestically and in Europe too.