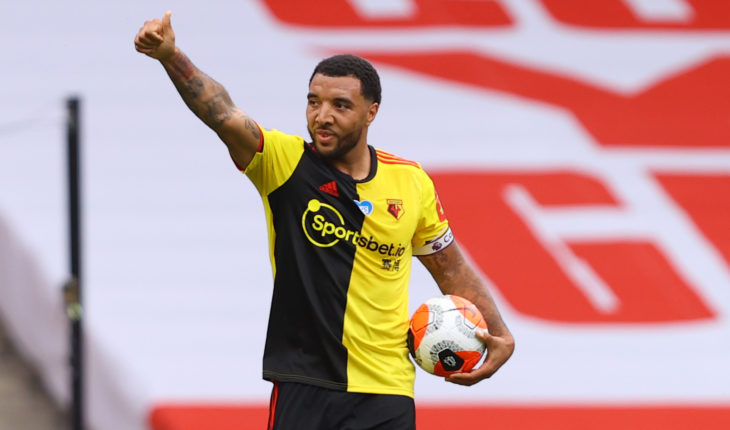 Troy Deeney has been with the Hornets for a decade, helping the club to the top-flight. If the 32-year-old were to return to the Premier League, which clubs should look to sign him?

Fulham are rock bottom in the Premier League and have garnered just a point in their opening five games. The Cottagers brought in quite a few players in the summer transfer window, with defence being the priority. The club have let in 12 goals in the opening 5 games and have scored just 4 goals signalling issues at both ends of the pitch.

Scott Parker’s side maybe needs some experience and leadership, which Troy Deeney would bring in droves as he is a player with passion, drive and a determination to do well. He is a player who can be a threat in the air, while he also presses the opposition’s defence consistently, which current Fulham striker Aleksandar Mitrovic doesn’t do a lot. Deeney could maybe be brought in on loan in January to give Fulham some chance of surviving and staying up in the Premier League.

West Ham United have had an up-and-down Premier League season so far. They lost their first two games, won the next two games, and then came back from the dead to draw against Spurs. They also ran reigning champions Liverpool close but fell to a 2-1 defeat in their latest fixture.

The Hammers have scored 11 goals in their last four Premier League games, which may indicate that they may not need another attacker added to their squad purely on the basis of the need for attacking output.

But, the worry that the club will have is an injury to first-choice forward Michail Antonio, who has been exceptional this season. His absence in the game against Liverpool blunted the Hammers’ attack to a great extent.

Sebastien Haller, who was brought in for a huge transfer fee last summer, has been average at best, and manager David Moyes cannot pin his hopes on the Frenchman if Antonio gets injured for a significant duration of time. Deeney could be a backup option to Antonio and may be brought on to change things around in certain games and add physicality to the attack.

Leicester City have played slick, quick football under Brendan Rodgers, but they are at their best when talisman Jamie Vardy leads the line for them. Troy Deeney may not be the kind of striker that Rodgers likes up front, as he prefers forwards who are quick and can get behind the defence.

But, Troy Deeney would be a decent second/third striker for the Foxes, behind Vardy and Iheanacho. Leicester will be playing a lot of football this season due to their participation in the Europa League. The experienced forward would be a better option than Leicester’s current third-choice striker Islam Slimani. It’s easy to forget that Watford striker has played over 160 games for the club in the Premier League and has scored 47 times in England’s top-flight. A left-field choice, but one that could work for Brendan Rodgers.