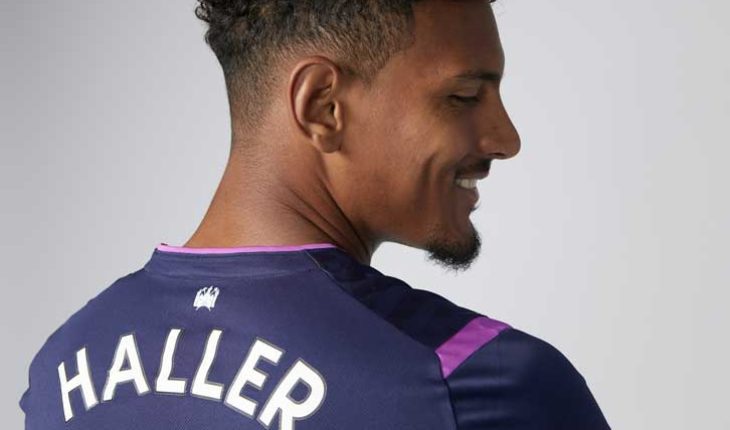 West Ham United face Fulham on Saturday night and the Hammers are the clear favourites going into this London derby. The Hammers lost 2-1 to reigning champions Liverpool last time around, but they had been on a decent run of form before that as they were undefeated in four Premier League games.

David Moyes’ men face a Fulham side that has won just one of their seven games in the league this season while losing five. West Ham have a good record against Fulham at home with their last home loss in the Premier League against the Cottagers coming way back in 2001.

The Hammers’ in-form attacker Michail Antonio will not be available for this game after sustaining a thigh injury. Left-back/centre-back Aaron Cresswell should be ready and available despite a slight niggle but club captain Mark Noble has been ruled out of the game due to injury.

Lukasz Fabianski should play in goal for West Ham United against Fulham.

Manager David Moyes will most likely continue with a five-man defence with a wing-back system for this game against the Cottagers. Angelo Ogbonna, Fabian Balbuena and Aaron Cresswell will play as the three central defenders for the Hammers, while Vladimir Coufal and Arthur Masuaku will play as the two wing-backs in the West Ham lineup.

Issa Diop is another option in the centre-back position for Moyes.

Declan Rice and Tomas Soucek have formed a good understanding in the middle of the park and the two defensive midfielders should start once again.

Pablo Fornals has adapted to the left-sided midfield role well and he should start on the left, with Jarrod Bowen starting on the opposite side in the West Ham lineup. Manuel Lanzini is another option as an attacking midfielder for Moyes.

The likes of Andriy Yarmolenko, Said Benrahma and Robert Snodgrass are other alternatives for Moyes on the wing.

David Moyes will have a tough decision to make about Sebastien Haller. The French forward has continued to struggle and in the absence of Michail Antonio, he may be forced to start Haller once again.

Andriy Yarmolenko is capable of playing up top as well, but Moyes may persist with Haller. 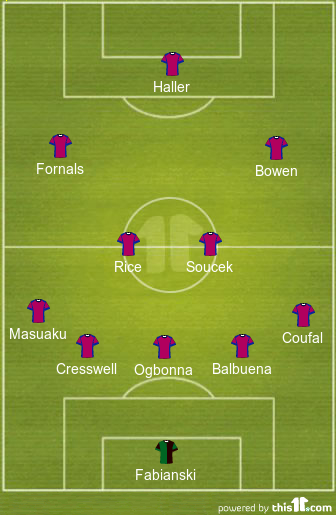 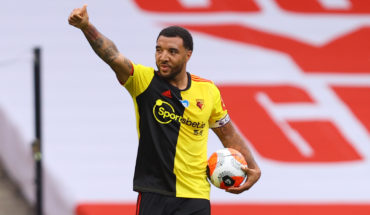 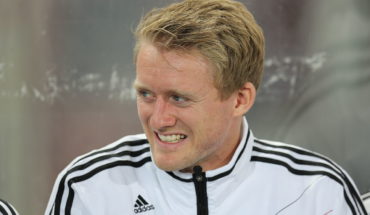