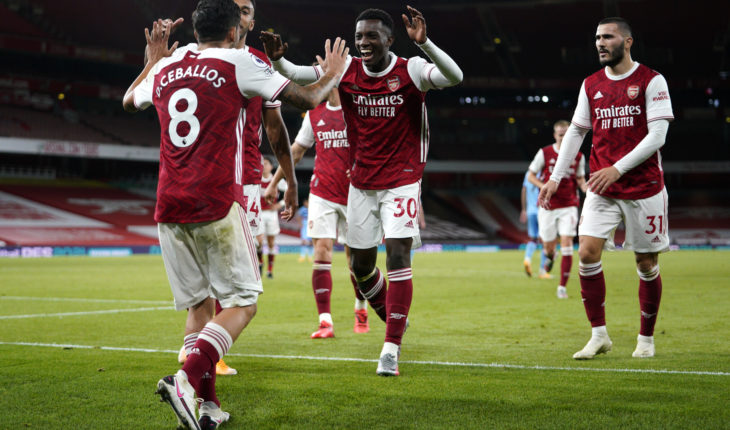 Arsenal will square off against Molde in the Europa League on Thursday, following a solid and morale-boosting 1-0 win against Manchester United on Sunday.

The Gunners had lost back-to-back Premier League games before their win against the Red Devils, but ended a 14-year wait to win a league game at Old Trafford.

The North London side have won both their Europa League games, first against Rapid Vienna and then Dundalk, and will look to put one foot in the knockout stages come Thursday.

Their opponents have also won their opening two Europa League games this season. A win against Molde will take Arsenal up to nine points in Group B.

Manager Mikel Arteta will be pleased that he is getting a few players back from injury. Calum Chambers has returned to training and he could be in the squad for Thursday’s game, while David Luiz – who has missed the last few games – could also be in contention for a start.

Pablo Mari and Gabriel Martinelli will be unavailable for the Gunners.

Runar Alex Runarsson started last time around against Dundalk and he could get another start in place of first-choice keeper Bernd Leno.

Gabriel, Rob Holding and Kieran Tierney played as part of the back three against Manchester United, but the trio may not make the Arsenal lineup against Molde.

Shkodran Mustafi and Sead Kolasinac could start at the back, while Granit Xhaka – who slotted into central defence in the Europa League last time around, could start as well. Luiz and Chambers could be options for Arteta if the two are fit for this game.

Cedric Soares should play in the right wing-back role in the Arsenal lineup, while Ainsley Maitland-Niles should start on the opposite side for the Gunners. Hector Bellerín and Bukayo Saka are other options in the wing-back roles.

Joe Willock and Dani Ceballos should start as the two central midfielders for the Gunners, in place of Mohamed Elneny and Thomas Partey. Considering Elneny and Partey’s form, Ceballos will have to step up if he wants regular playing time this season.

Eddie Nketiah should start upfront in place of Alexandre Lacazette in the Arsenal lineup, while Nicolas Pepe and Reiss Nelson could start out wide for the Gunners.

The likes of Pierre-Emerick Aubameyang, Bukayo Saka and Willian are other options in the wide areas, should Arteta need more firepower in the game. 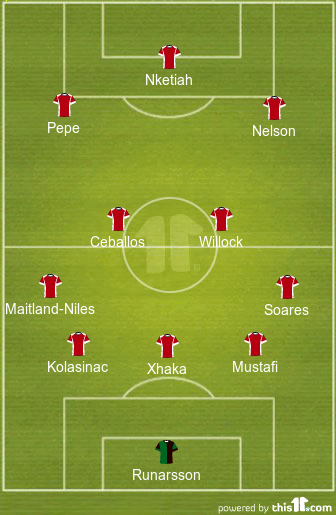