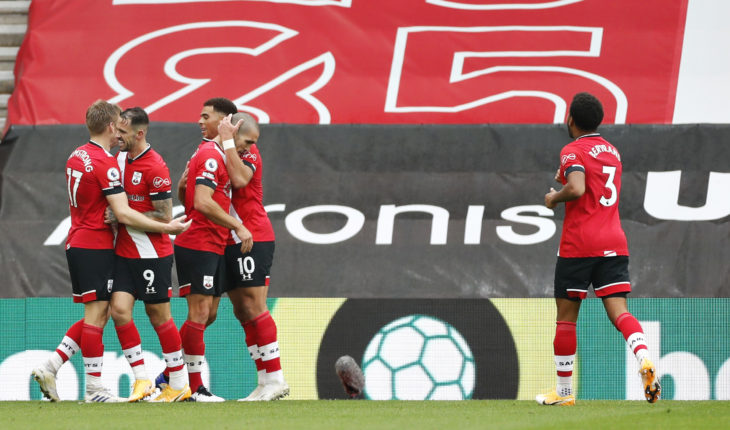 Southampton travel to London to face Chelsea at Stamford Bridge on Saturday when club football resumes after the international break.

The Saints have won two on the bounce in the Premier League after losing their opening two games of the season. Their opponents meanwhile have won two, drawn one, and lost one in the league so far.

The last time these two sides met was in the Premier League at Stamford Bridge, and Southampton came out on top, winning the game 2-0 with goals from Michael Obafemi and Nathan Redmond. Prior to last season’s win, Southampton hadn’t won against Chelsea in five years.

Although Chelsea will start as the favourites, the Saints will look to exploit a leaky Blues’ backline and come away with a point or maybe all three.

Stuart Armstrong is unlikely to play after testing positive for COVID-19, while Mohamed Salisu and Moussa Djenepo are both out due to injuries. New signings Ibrahima Diallo and Theo Walcott could be options for Saints manager Ralph Hasenhuttl.

Let’s take a look at the possible Southampton team for the game against Chelsea:

Alex McCarthy should start in goal for the Saints, having played all four games of the season so far.

New signing Mohammed Salisu is yet to play for Saints and he won’t be available for the Southampton lineup against Chelsea either. This means that Jan Bednarek and Jannik Vestergaard will both continue in central defence, while Jack Stephens is an option for Hasenhuttl at the back.

Kyle Walker-Peters and Ryan Bertrand should continue at right-back and left-back, respectively, while Yan Valery is an option at right-back.

Ibrahima Diallo will be available for Hasenhuttl, but he may not be thrust into this huge game. This means that Oriol Romeu and James Ward-Prowse should start in central midfield, while Will Smallbone is an option in central midfield as well. 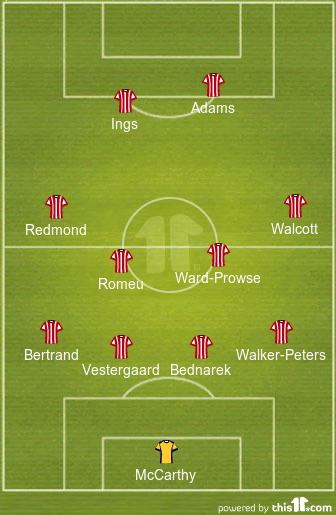 Stuart Armstrong’s absence means that Theo Walcott could make his second debut for the club, on the right side of midfield. Walcott’s last game for the Saints was back in 2006 in the Championship. Djenepo’s injury could see Nathan Redmond and start on the left side on the Southampton lineup.

There may not be any change to Southampton’s attack, with Danny Ings leading the line, playing alongside Che Adams. Michael Obafemi and Shane Long are options for the Saints, and they will most likely be on the bench.