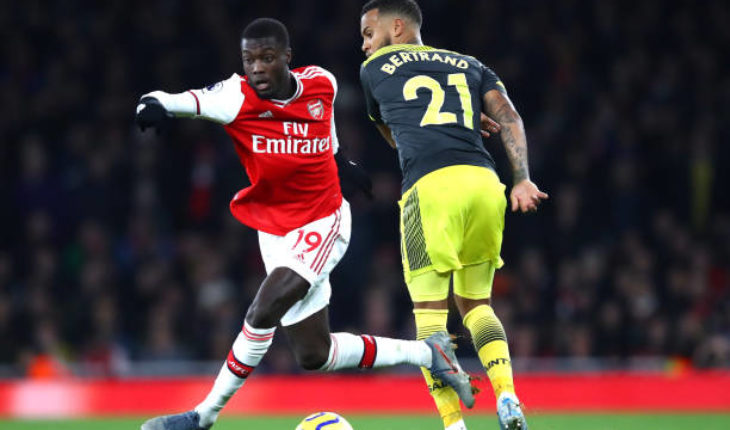 Arsenal secured all three points from their latest Premier League fixture as they managed to ink a 2-1 win over Sheffield United at the Emirates Stadium yesterday.

The Gunners secured a two-goal cushion, thanks to a goal each by Bukayo Saka and Nicolas Pepe while David McGoldrick’s goal eventually proved to be just a consolation for Sheffield United.

Here are our Arsenal player ratings from what transpired between Mikel Arteta and Chris Wilder’s men.

The custodian had very little to do as he was hardly tested by the Blades and there was nothing he could have done to stop McGoldrick’s thunderous strike.

Although he lacked pace and intent while going forward in the first half, he was incredibly lively after the break and bagged two assists.

It was a shaky start from him and was lucky not to concede a foul after pulling Oliver Burke’s shirt. Luiz was far from being composed and never really settled.

Arsenal’s summer signing was rock-solid at the back and he ended up winning 6 aerial duels and making 1 tackle. Calm and up to the challenges, it was certainly an assuring performance from him.

Apart from being slow in closing down McGoldrick to prevent him from scoring, Tierney did nothing wrong and was once again a key player for the home side in initiating attacking endeavours down the left.

The Egyptian international was bereft of spark but did recycle possession with precision, carving a pass success rate of 90%, although most of his passes were sideways.

Ceballos gave his all as usual and was the centre of most of his clan’s attacks. He completed 3 dribbles and completed 81 passes, including 2 key passes.

On the back of his England national side call-up, the young gun had a rather quiet first period but came out all guns blazing in the second half. He drifted inside to create chances on a number of occasions and coolly headed the ball past Aaron Ramsdale to grab a goal.

The former Chelsea winger was uncharismatic down the right and hardly created anything fruitful during his outing.

Being picked over Alexandre Lacazette, Nketiah was helplessly inconsistent in the final third and was kept at bay by John Egan, Chris Basham and Jack Robinson.

The skipper was isolated at times and could not really weave his magic, although he dictated the play from the deeper positions at times.

Pepe involved himself in the opening goal and then went on to score himself with a fine solo effort.

He replaced Ceballos late in the game and brought energy into Arsenal’s midfield unit.