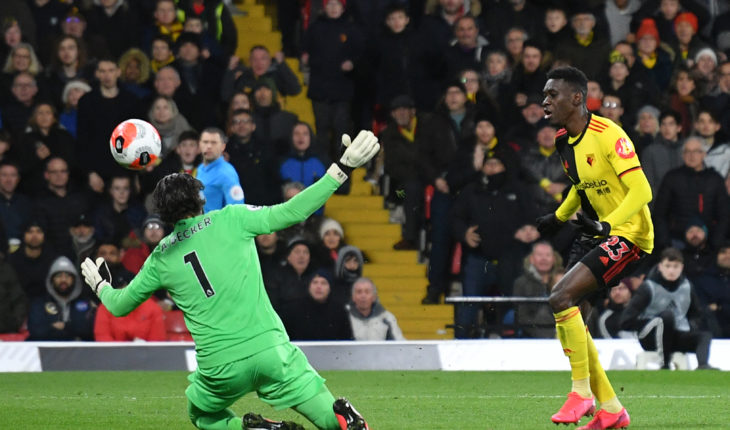 Watford are reportedly demanding a substantial fee for their young, star winger Ismaila Sarr, who is being tracked by Premier League champions, Liverpool. Sarr was one of the Hornets’ top players in their 2019-20 campaign, which saw them get relegated from the Premier League.

Ismaila Sarr was signed by Watford from Rennes for a fee of around £30 million. The Senegalese international has four years remaining on his Watford contract but is not expected to stay on at Watford post their relegation.

Ismaila Sarr: Should Liverpool cough up the fee?

Ismaila Sarr was one of Watford’s best players in the 2019-20 season as the 22-year-old quickly settled into the Premier League after his move from France last summer. The right-winger racked up 6 goals and 6 assists in 30 appearances in all competitions for Watford. He impressed in Watford’s 3-0 win against Liverpool, scoring two goals and registering an assist, putting on a scintillating display.

That performance against the then to-be champions could have piqued Jurgen Klopp’s interest in the Senegal international. Ismaila Sarr is a tall, quick and strong winger, who likes taking on defences, beating them with his pace and dribbling ability. The Watford winger is a very talented player who has tremendous potential and could go on to become a star in the Premier League.

Primarily a right-winger, Sarr is capable of playing as a No. 10, or even as a striker. He is a direct player who could be a good option for Klopp who relies on his pacy attackers to take advantage of the long-ball accuracy of players like Alexander-Arnold and Virgil van Dijk. Liverpool do not have too many quality options on the right-wing apart from Salah, with Xherdan Shaqiri and youngster Harry Wilson being the only other options.

A more physical player in the final third could also be a requirement for Klopp next season, given most teams will now know what to expect from the Reds. Sarr, with his pace along with a slightly more physical presence, could be a smart alternative for the likes of Salah and Mane.

Despite the huge fee of around £40 million that Watford are demanding, the Reds should make a move for the Senegalese winger. This will not be a textbook signing but something which could surprise their immediate rivals in the league and work as a more effective Plan B than what the likes of Origi and Shaqiri currently provide.

With loads of talent and age on his side, Sarr could go on to become a huge player for Liverpool.

Some people prefer Sildenafil because if they experience side effects, best place