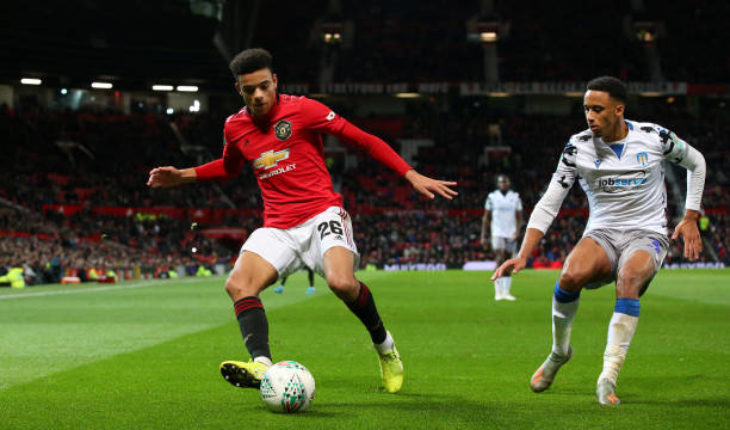 Manchester United will head into the final game of the season against Leicester City, needing just a draw to help them qualify for next season’s Champions League.

The Red Devils have put in some lethargic displays of late, having won just once out of their last four games in competitions. Their last game against West Ham United ended 1-1.

Ole Gunnar Solskjaer needs to ensure his players are up for the clash against Leicester, as Champions League football is imperative for both his future, as well as attracting fresh faces when the transfer window reopens.

A win will help Manchester United remain third, while a loss and a win for Chelsea will see them finish in fifth. A draw will also be good enough for Solskjaer’s side.

In the reverse fixture between the two teams, Manchester United narrowly edged it after Marcus Rashford scored from the spot.

Axel Tuanzebe and Phil Jones will miss the game against Leicester City, while Luke Shaw and Eric Bailly have an outside chance of making it into the squad.

Let’s take a look at the team that Ole Gunnar Solskjaer could put out in the final game of the season.

David de Gea should continue in goal for Manchester United, after redeeming himself against West Ham United following his howlers against Chelsea in the FA Cup.

Aaron Wan-Bissaka was a second-half substitute in the game against West Ham United, with Timothy Fosu-Mensah playing in his place.

Wan-Bissaka should return to the Manchester United lineup at right-back, while Victor Lindelof and Harry Maguire should line up in the two centre-back roles.

If Luke Shaw is fit, he should go straight into the starting lineup. But if he isn’t fit, Brandon Williams could continue at left-back.

We should see an unchanged midfield consisting of Paul Pogba, Nemanja Matic and Bruno Fernandes for the final league game of the season.

They will have to be better against Leicester City, who will be a bigger threat than West Ham.

The Manchester United midfielders will need to control the game better. Scott McTominay and Fred are options for Ole Gunnar Solskjaer, if he decides to play a more defensive game.

Mason Greenwood scored a brilliant goal to help Manchester United draw the game against West Ham United, taking his tally to 10 goals in the Premier League, and he now has 17 goals in all competitions. He deserves to keep his place on the right flank.

Anthony Martial was in decent form against the Hammers, but Marcus Rashford had a poor game, and needs to buck up. The two should continue in their roles upfront and out wide, respectively in the Manchester United lineup. 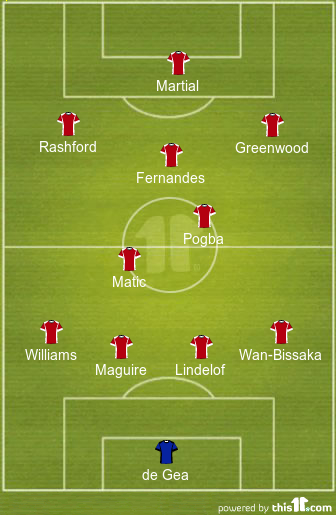 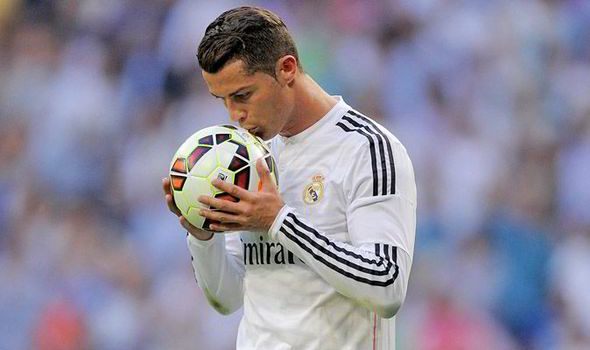 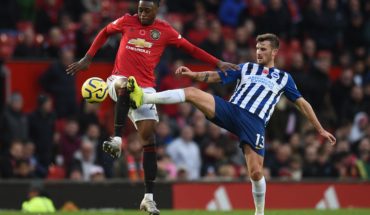