Arsenal will hope to continue their push for a European spot when they take on Wolves at the Molineux in the Premier League today.

Owing to the frenetic schedule, this will be Arsenal’s third game in seven days. Wolves played their last game a week ago, and have had the time to recuperate and continue their push to finish in the top four.

Both the teams have won their last three games in all competitions, and considering the quality of the two sides, this could be an entertaining clash.

Lucas Torreira is fit and will be available for selection, but Mesut Ozil’s back issue is still being assessed. Calum Chambers, Bernd Leno, Gabriel Martinelli, and Pablo Mari are all on the treatment table and will not be available.

Emiliano Martinez is a guaranteed starter with Leno unavailable. The Spaniard has done reasonably well in the German’s absence.

Rob Holding could make his return to the Arsenal lineup at the expense of Sead Kolasinac, who has been far from convincing as the central defender. Alongside Holding, David Luiz and Shkodran Mustafi are expected to start and form a three-man backline.

Cedric Soares is pushing for a start after impressing in the previous game, but we expect Arteta to stick with Hector Bellerin. Kieran Tierney could start once again on the left.

With his injury problems behind him, Tierney is beginning to show why Arsenal invested bug money in him. The full-back’s pace, drive, and crossing ability will be important against Wolves.

The partnership of Granit Xhaka and Dani Ceballos has been producing the good for Arsenal, and Arteta could stick with the duo in the Arsenal lineup.

While Xhaka offers the stability and distribution, Ceballos has been crucial in unlocking opposition defences with his creative prowess in recent games.

Alexandre Lacazette’s goal-drought continued against the Canaries as the Frenchman failed to find the back of the net once again. Young Eddie Nketiah might get another chance, and make the Arsenal lineup.

Pierre-Emerick Aubameyang bagged a brace in the previous fixture, and will look to start a goal-scoring run now that he has his scoring boots on again.

Nicolas Pepe too has been in good touch on the right flank, and is expected to complete the Arsenal lineup. 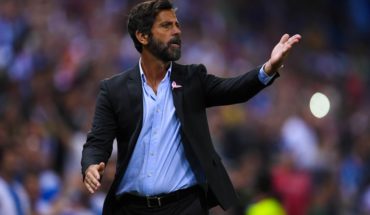