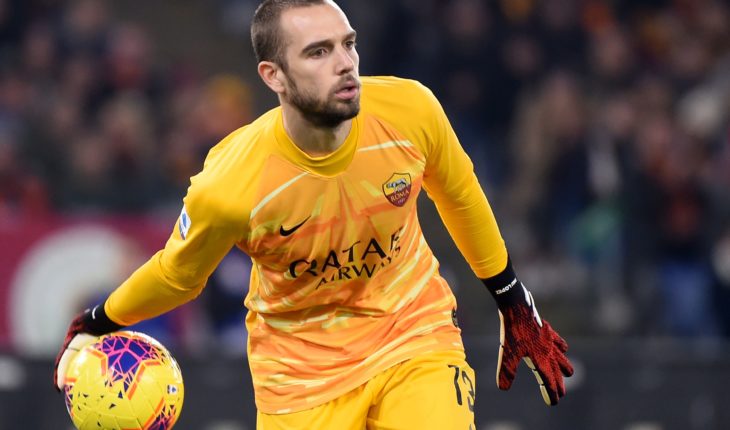 West Ham United are reportedly being linked with a move for AS Roma goalkeeper Pau Lopez.

The 25-year-old goalkeeper moved to the Italian side at the beginning of the 2019-20 season for a fee of around €23.5 million, but he could leave after just a year.

As per Estadio Deportivo, Roma need to sell a few players to make them financially stable, and Pau Lopez is one of them.

Apart from the Hammers, London clubs Chelsea and Tottenham, as well as his former club Real Betis, are interested in signing the Spaniard. Roma reportedly want €40 million for the Spanish international.

Lopez has made 34 appearances so far for Roma, but his season could be over as he has a broken wrist, an injury he suffered last month in training.

Lopez is a good young player, who has played for Espanyol and Real Betis in La Liga, and was with Tottenham during the 2016-17 season, though he did not make an appearance for the North London club.

The 25-year-old has good mental strength and is an incredibly focused goalkeeper in between the sticks, which rarely sees him make mistakes.

Lopez has averaged three saves per game for Roma in the Serie A this season, and has kept five clean sheets in 25 Serie A appearances, conceding 35 goals. The Spanish ‘keeper is also a decent penalty stopper, and has saved one penalty in the league this season.

West Ham United have had a serious problem in goal over the last year or so. The Hammers allowed Adrian to leave the club on a free transfer, who eventually joined Premier League leaders, Liverpool.

Lukasz Fabianski missed a big chunk of the season, and Roberto and David Martin, both experienced ‘keepers who were signed at the start of the season, were not good enough and conceded silly goals.

Darren Randolph was brought into the team in January, and is a decent option. The Hammers need to find a long-term solution to their goalkeeper problem as Fabianski is 35 years of age, and has just a year or two remaining in him.

Lopez’s arrival would improve the team as he is a player with vast experience, is young, and has prior experience of living in England, which could help him settle down quickly.