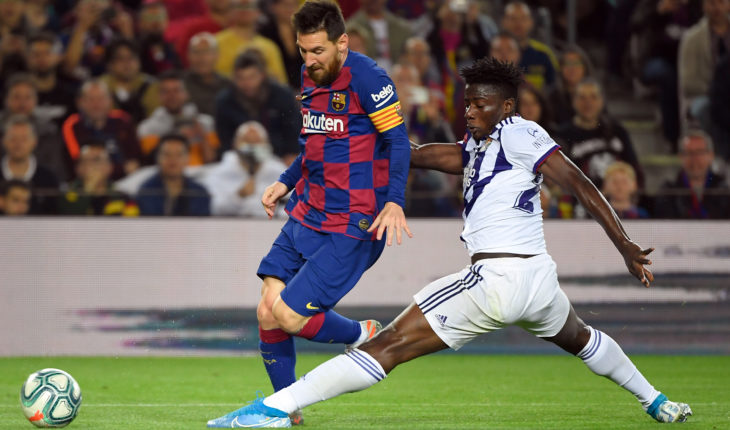 The centre-back has excelled in his breakthrough season with the Spanish side, and has attracted interest from several big clubs in Europe, and Everton have enquired about the player as per Dailymail.

Salisu made 30 appearances in all competitions in the 2019-20 season, with 29 of those coming in the Primera Liga. He has played in almost every game in La Liga for Real Valladolid this season.

Mohammed Salisu is a promising young central defender, who has impressed with his positioning and defensive awareness, despite his lack of experience in top-flight football.

The Ghanaian has averaged 1.3 tackles and an impressive 5 clearances per game in La Liga this season. Salisu has been a strong and imposing presence at the back for Valladolid in the air, winning an average of 2.4 aerial duels per game in the Spanish league.

The left-footed player spots danger quickly, makes the tackles and clearances, and has the pace and strength to make necessary recovery challenges. His defence first approach has seen him make numerous clearances per game.

Salisu has also shown that he has the ability to pass the ball from the back – short and long, averaging 2.3 long balls per game for Valladolid. The young defender would be a decent addition to the Everton squad, which desperately needs a few more bodies at the back.

A young defender like Salisu could provide cover for the three centre-backs, and also push them for a position in the starting XI. Salisu is a left-footed defender, which would allow Ancelotti to pair him up with any of the three options he has now, who are all right-footed players.

Salisu would fit in well in Premier League football, and would be a decent move for Everton, considering the transfer fee as well as the potential he possesses.