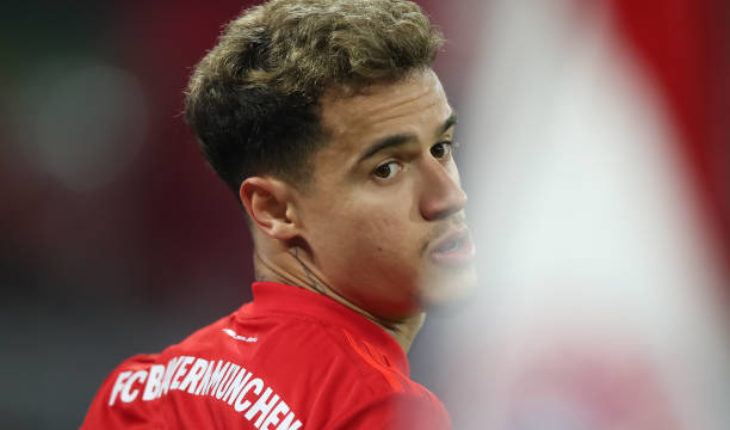 Former Tottenham Hotspur and England goalkeeper Paul Robinson believes that Spurs could still sign Barcelona attacking midfielder, Philippe Coutinho. The Brazilian has had a rocky spell at the Spanish giants since switching from Liverpool in 2018.

While speaking to Football Insider, Robinson said that the north London club have the opportunity to sign him, with the likes of Everton, Chelsea, and Arsenal also interested. The former goalkeeper revealed that Philippe Coutinho has not settled at any club since leaving Liverpool and the Premier League. The Brazilian is currently on loan at Bayern Munich, but the German giants revealed recently that they will not be signing him on a permanent basis.

The 27-year-old’s current contract with Barcelona expires in 2023.

When he was in the Premier League with Liverpool, Philippe Coutinho was regarded as one of the best in his position in the league. The diminutive Brazilian created magic with his dribbling, speed, and passing, and unlocking stubborn defences. But, his spell at Barcelona hasn’t quite gone to plan. He was shunted to Bayern Munich earlier this season, and despite some promising performances, the German side do not want to sign him on a permanent deal.

Several Premier League clubs are interested in Coutinho, who would be a good signing, despite his failed spell at Barcelona. But, he wouldn’t quite flourish under Jose Mourinho at Spurs. Coutinho is creative and has oodles of flair while going forward, but doesn’t contribute much defensively, which is a red flag when it comes to players under Mourinho. Spurs’ flaky midfield means that they need a No. 10 who can also track back, and be part of a midfield three when not in possession of the ball.

The north London club also have a few players in the current squad who can play the No. 10 role. Dele Alli and Giovani Lo Celso can both play those roles, and it’s highly unlikely that they will be sold or not play a key part in the Spurs side next season. The other role that Coutinho is comfortable playing, the wide left role, also has two exciting and quick players in Steven Bergwijn and Son Heung-min. Spurs should instead focus on buying a wide right player as well as a backup striker for Harry Kane instead of Coutinho, who would cost in excess of £60 million and will come in with a rocky past couple of seasons under his belt.

And while it is true, Spurs could do with a flair player going forward, under Mourinho there will be too many demands and positional restrictions which Philippe Countinho might not necessarily feel comfortable adhering to at this uncertain stage in his career.