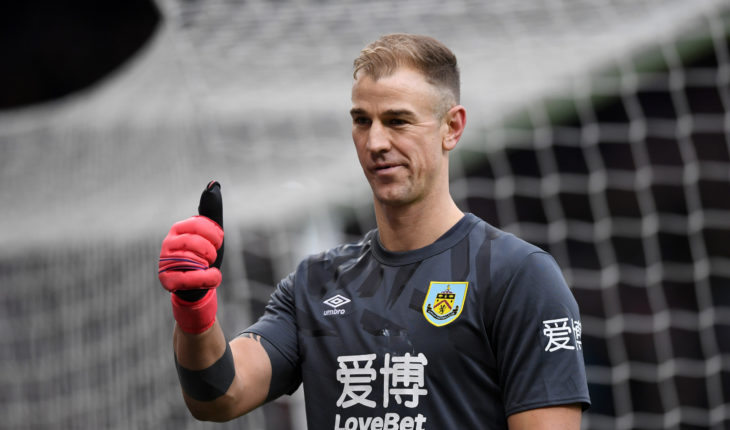 Mills, who previously played with Hart while at Manchester City, told Football Insider, “Guardiola threw him under the bus before he’d even seen him play.

It has been difficult for him but he is still a fabulous goalkeeper and there is no reason why he cannot come to a massive club like Leeds and resurrect his career.

“If you have a goalkeeper like that, if Leeds can get him on a free transfer, it would be a fabulous addition. He works incredibly hard, he is incredibly dedicated and is very fit.

“It is highly possible that a deal can be done.”

According to the same report, Hart is also willing to take a pay cut to join the Championship side, who are gunning for promotion. After loan spells at Torino and West Ham United, Manchester City sold Hart to Burnley.

But, the custodian hasn’t had opportunities at Burnley this season as manager Sean Dyche has preferred Nick Pope over him between the sticks.

Should Leeds United take a gamble and sign Joe Hart?

Leeds United had climbed up to the top of the Championship before the league was suspended due to the covid19 pandemic. The Whites are in a strong position to get promoted when the league resumes.

If they do get promoted to the Premier League, they will need to strengthen across the pitch, as some players are may not be ready for the English top-flight, even under a brilliant manager like Marcelo Bielsa.

The goalkeeping area is one of the positions the Whites will have to strengthen. First-choice keeper Kiko Casilla has made a few costly errors this season, while his eight-game suspension for racially abusing an opposition player is also a worry for Bielsa.

Casilla’s backup, Illan Meslier, is currently on loan at the club, and looked great in Leeds’ FA Cup game against Arsenal, but should the Whites make it to the Premier League, they will have to look beyond him, and sign someone experienced.

Joe Hart’s interest in signing for Leeds is a surprising one. The 33-year-old ‘keeper has won 75 caps for his country, and won the league twice with Manchester City, but he is a shadow of his former self.

Current Manchester City manager Pep Guardiola decided to drop Hart, as he felt that the Englishman did not have the ability to distribute the ball and start play from the back.

This is exactly the reason why Bielsa should refrain from signing Hart. Bielsa’s teams are required to keep the ball and build from the back, with the goalkeeper being an integral part of the system as well.

Hart cannot perform the role, while his shot-stopping ability has also been questioned in recent seasons. The lack of playing time also does not help Hart in his quest to play in the Premier League.

Leeds should not pursue a deal to sign the veteran ‘keeper as he does not tick the boxes that Bielsa requires in a goalkeeper.