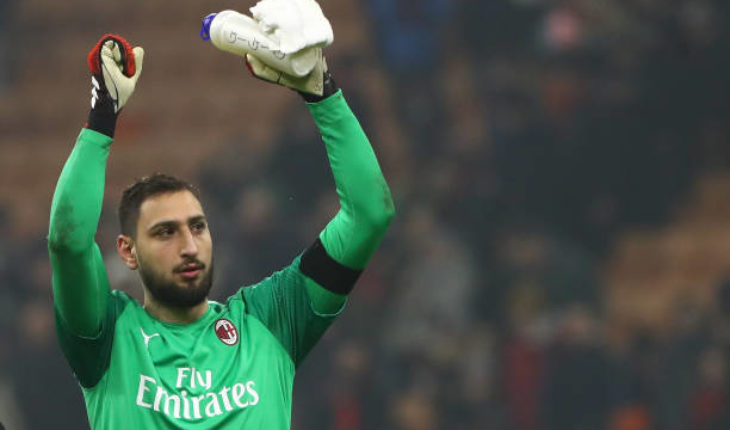 The Spaniard had a difficult season before the league was suspended and was replaced by Willy Caballero, and could be on his way out when the transfer window reopens.

Daily Express have claimed that Chelsea have spoken with Mino Raiola, who is Donnarumma’s agent, and could offer him a five-year contract worth £35.4 million.

The deal will see Donnarumma earn more than £130,000-a-week at Stamford Bridge. The 21-year-old’s current deal with Milan just has over a year remaining as it is set to expire in 2021.

Calciomercato recently reported that the Italian club want €70 million for the goalkeeper, but Donnarumma’s agent believes that the fee should be around €35 million due to the Italian’s contract expiring next summer.

Donnarumma, who came through the ranks at Milan, has made a name for himself since debuting at the age of 16 in 2016.

The Italian has gone on to rack up 190 appearances in all competitions for Milan. The 21-year-old is a player who is composed, agile, and plays between the sticks like he is a seasoned pro. His maturity and composure are what has made him such a fine talent for Milan.

The Italian international, who has already won 16 caps for the national team, is a player that could be a permanent fixture at any club for the next 10-15 years if he keeps up his form, which is why Chelsea must sign him, if they decide to let go of Kepa.

His large presence, standing at 6’5″, as well as his tremendous reach would help in the physical nature of the Premier League.

Donnarumma is also a good distributor of the ball from the back, which will fit in well with Chelsea’s style of play under Lampard.

If the Blues can get him for a fee under €50 million, it would be a bargain considering the Italian is just 21 years of age and could play at the top of his game for the next decade and more.

Considering Donnarumma’s strengths and incredible shot-stopping abilities, and Kepa’s fallacies this season, the Italian would be a statement signing by Chelsea.