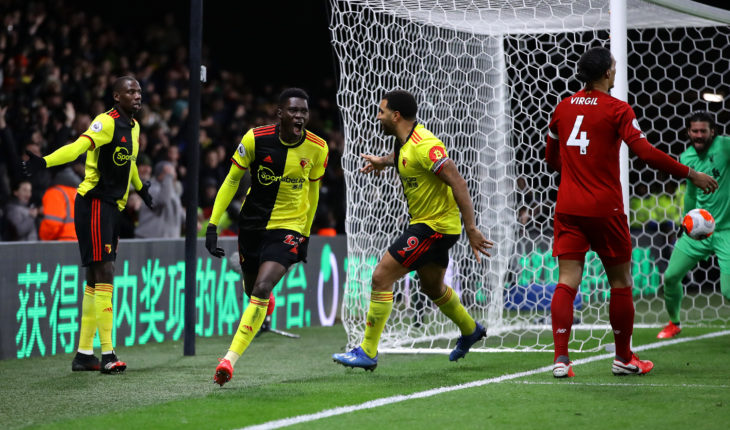 Watford fans enjoyed a game of their dreams at Vicarage Road on Saturday. The players put in some performance for the home crowd as they welcomed the soon to be crowned champions, Liverpool.

Everything didn’t go according to the plan with the Hornets losing George Deulofeu early to a horrific knee injury. The Spaniard went down from a body check from Virgil van Dijk, with his knee buckling under his body. Home fans yelling for action of the Dutch centre-back, but there was no malice in the challenge and it was purely accidental.

Going 27 games unbeaten was looking in fine keeping when Liverpool travelled south to then 19th placed Watford. It was the home side that did all the early running, creating countless chances. Allison, the Liverpool ‘keeper, was the busier of the two goalies in the first half, and in fact the game.

Troy Deeney and Ismaila Sarr both had the best chances. Luckily for the Reds, it was 0-0 at the break.

It wasn’t until the second half that Watford starting reaping the rewards of the seeds they were sowing. Ismaila Sarr hit a six-minute brace for the Hornets, as they took a shock 2-0 lead.

The first goal was a tap in from close range in the 54th minute. His second was a touch of personal class. Through ball for Sarr to run onto, in which he chipped it over the stretching Brazilian ‘keeper in Allison. An hour into the game and the roof was coming off Vicarage Road.

The joys and good times kept on rolling for the home side. An error down back from Liverpool and a mix up of communication, gifted hard working Troy Deeney a goal. The veteran forward deserved a goal for his leadership and hard work ethic he portrayed all game. What a beautiful finish it was.

Adam Lallana hit the post later on as he tried to restore some pride for Liverpool, it wasn’t to be. Watford finished the match with 21% possession but led the shots 14 to 7. And importantly, scoring three, winning 3-0.

This match will not necessarily derail a rampant Liverpool this season, but the win does wonders for Watford at the other end of the table, lifting them above the relegation zone for a rare moment this season.

The race for staying up is just warming up, but Liverpool will hope to regroup and start another incredible run on their way to lifting the Premier League title for the first time in May.

Man of the Match: Ismaila Sarr 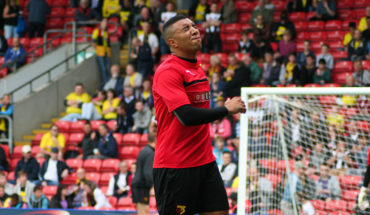 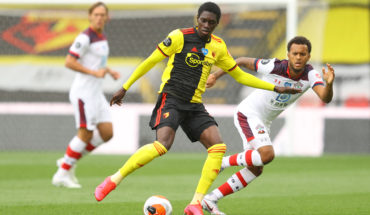