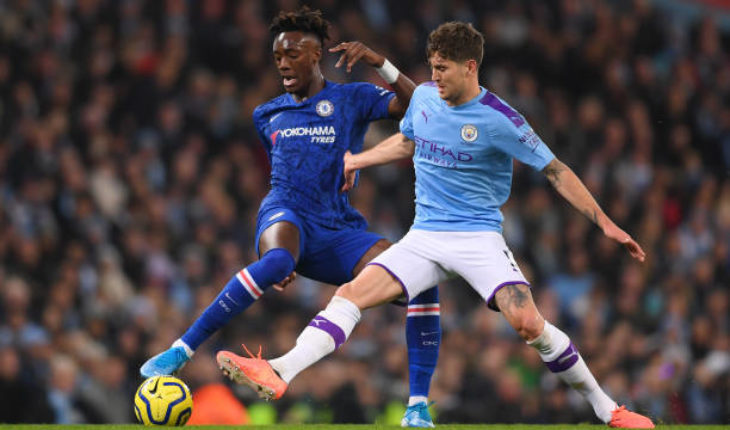 Manchester City have underachieved so far this season, despite winning the League Cup, and performing well in the Champions League. Liverpool have all but won the Premier League title, which will disappoint the Manchester City hierarchy, and Pep Guardiola in particular.

Guardiola will most likely be given some funds to buy new players in the summer. But, we could also see several players leave the club because of poor form or to fund other transfers.

Let’s take a look at 3 Manchester City players who could face the axe in the summer:

It hasn’t quite worked out the way John Stones would’ve hoped for when he made the move to Manchester City in 2016.

Many expected the English international to blossom under Guardiola and become one of the best in the Premier League. But, it’s been a nightmarish one and half years for the Englishman at City.

Guardiola will be looking at a world-class defender to partner Aymeric Laporte at the back, which will leave Stones without an opportunity to start consistently.

The former Everton player, it seems, is no longer trusted by Guardiola to lead the defence. Nicolas Otamendi could also see the exit door in the summer.

City’s potential absence from the Champions League from next season means that their transfer budget will be severely compromised. This means that they will have to sell a few of their players.

One player who may not have a future in the summer is Joao Cancelo, who has been a major flop at the Etihad since moving from Juventus last summer for a huge fee.

Cancelo has not been able to dislodge Kyle Walker from the right-back position, and has made just 7 starts in the Premier League this season. He could be sold to fund a new centre-back signing in the summer.

German winger Leroy Sane is yet to start a game this season due to an injury he suffered in the Community Shield.

Sane could be sold in the summer, with Bayern Munich being huge admirers of the winger. Sane, or striker Gabriel Jesus, could be sold to fund the signing of a top-quality striker who could challenge and ultimately replace Sergio Aguero in the starting XI.

Raheem Sterling is the No. 1 choice left-winger at City, while the likes of Bernardo Silva or Phil Foden can also play there, which means that Sane’s sale may not impact City too much.