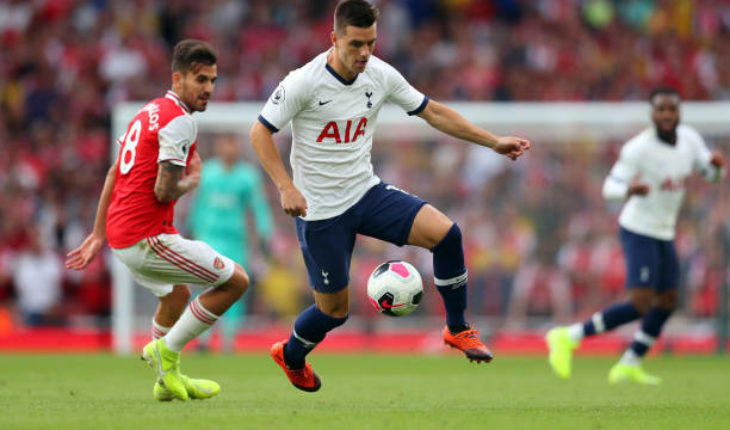 Tottenham Hotspur had a fantastic result over the weekend as they beat Manchester City 2-0, in what was Jose’s highlight of his time in north London till now. They face Southampton next in the 4th round replay at home, on Wednesday and will be eager to carry the momentum from the weekend.

Mourinho’s men could only register a disappointing 1-1 draw at home and they will have another opportunity to progress to the next round of the competition. Spurs have played Southampton thrice this season, winning one, losing one, and drawing one game. A win for Spurs will see them face Norwich City at home in March.

Let’s take a look at the possible Tottenham lineup for the game against Southampton.

Spurs will still be without three key players – Harry Kane, Ben Davies and Moussa Sissoko, who will all miss the fourth round replay against Southampton.

Dele Alli could also miss the game after suffering an injury against Manchester City over the weekend.

New signing Steven Bergwijn will not be available as he was signed after the first match against Southampton in the FA Cup.

Hugo Lloris should continue in goal after his sensational performance against Manchester City over the weekend.

One of Davinson Sánchez or Toby Alderweireld could get a rest with Jan Vertonghen coming into the Tottenham lineup. Juan Foyth is another option for Mourinho at the back.

Japhet Tanganga, after yet another impressive performance, should keep his place at left-back, while Serge Aurier could also retain his right-back slot in the Tottenham lineup.

Ryan Sessegnon is an option at left-back if Mourinho decides to rest Tanganga or move the youngster over to the right-back slot.

Giovani Lo Celso and Harry Winks played for Spurs in their impressive win over Manchester City as the two midfielders.

We could see a change here, with Eric Dier or Gedson Fernandes coming in place of Lo Celso, while Tanguy Ndombele could replace Winks.

Lo Celso could be moved further forward to play in an attacking midfield role in place of Dele Alli in the Tottenham lineup.

Ryan Sessegnon could get a start for Spurs on the left side to replace Steven Bergwijn, who is unavailable for this match.

Son Heung-min could continue on the right, while Lucas Moura could also retain his place upfront. 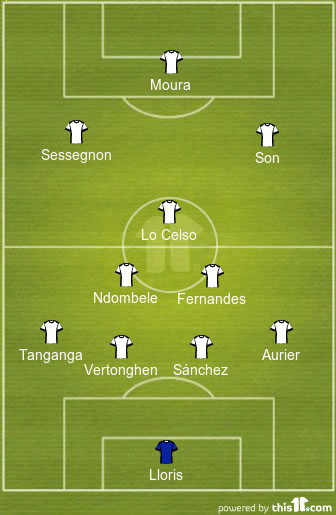