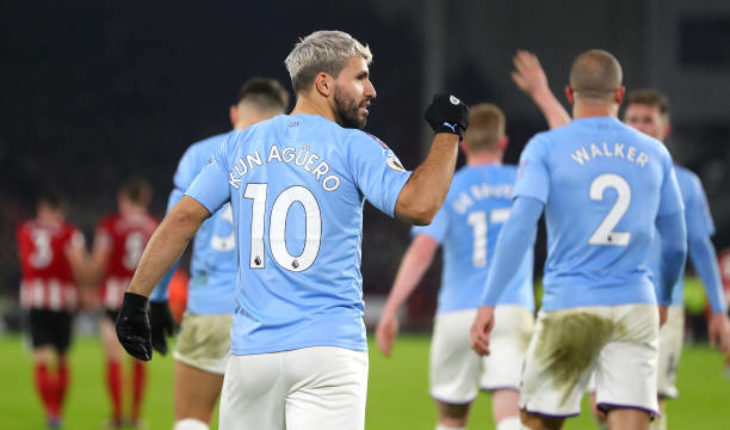 Only eight Premier League teams will compete in the league this weekend in four games split between Saturday and Sunday.

A rejuvenated Everton side will take on Crystal Palace, who could be dragged into a relegation battle if they don’t get a few wins soon.

Brighton and Watford face off in a relegation battle in the second game of Saturday. Sunday will see Sheffield United host Bournemouth, with the home team hoping to get a win to solidify their push for a European spot, while the Cherries need points to steer clear of the relegation zone.

Defending champions Manchester City host West Ham at the Etihad to close out the weekend.

Let’s take a look at 3 things to look forward to this weekend:

West Ham United have become Manchester City‘s favourite opponents in recent years. The Hammers, who began their 2019-20 season against City, lost that game 5-0 at home, and will have an even tougher task when they visit the Etihad on Sunday.

David Moyes’ side are in a dire run of form as they have lost three of their last five matches and have drawn the other two.

The stats and recent form against City is not good reading if you’re a West Ham fan. The Hammers have not won against City since 2015, and 2016 was the last time they took points off them.

City have scored 20 goals against West Ham in their last 6 Premier League games, while the London club have scored just twice in these 6 meetings. It looks grim for Moyes and co.

Since Carlo Ancelotti took charge of Everton in December, the Toffees have won four of their seven Premier League games, losing just one game, which came against Manchester City.

Not many would have predicted such a quick turnaround for the club, who were in a relegation battle when Marco Silva was in charge.

Everton are now in 9th in the Premier League table, three points behind Sheffield United, who currently occupy sixth spot and the final Europa League place.

The Toffees face Crystal Palace at Goodison Park on Saturday, and will be the favourites to win against a Palace side that have yet to register a win in 2020.

The other game on Saturday will see Brighton host Watford, two sides who are in a tightly-contested battle to stay in the Premier League.

Brighton are 15th in the league, while Watford are 19th on the table, but only three points separate the two sides.

The Hornets had an upturn in form following the appointment of Nigel Pearson as their manager, but their last two results – both defeats – have upset their momentum.

Brighton, too, have not been in good form as they are another team to have not won in 2020. The last time these two sides faced in the league was on the opening day of the season where Brighton ran away 3-0 winners. But it’s set to be a closer battle this time around, and a win could be vital in the race to survival.