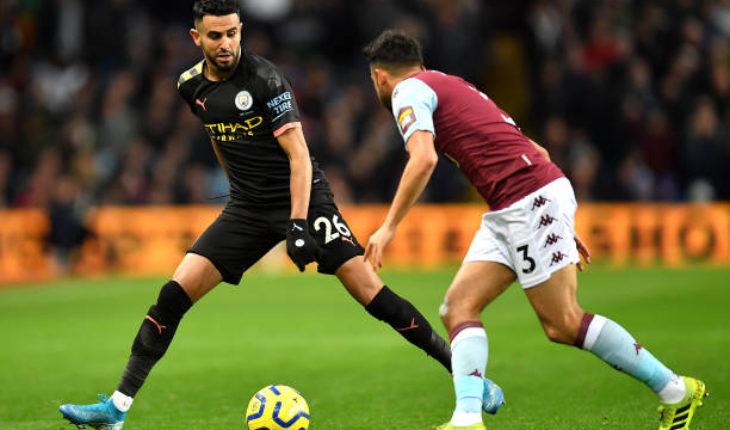 Under-pressure Manchester City face a stuttering West Ham United side at the Etihad on Sunday.

The Hammers are 18th in the table and firmly in the relegation battle. A run of 3 wins in their last 19 league games has resulted in this predicament which new boss David Moyes has been tasked with rectifying.

West Ham embark on a horrendous run of fixtures and Moyes will be aware that a couple of upsets in the next 7 games will be of massive help to their endeavour to remain afloat in the Premier League.

And while not many will be betting on them doing that against Manchester City, there is a murmur that the Sky Blues are there for the taking this season, especially in the league.

Leroy Sane remains out with Pep reiterating that the winger will take weeks rather than days of training to get back in shape.

John Stones and Benjamin Mendy are training and available for selection while Zinchenko is suspended after his red card against Tottenham Hotspur. Raheem Sterling has also been ruled out due to a hamstring injury.

Ederson faced three shots and conceded twice against Spurs. But there was little he could do with either goal. He will be hoping luck is on his side when West Ham come calling. It will be a similar 90 minutes with the Hammers looking to hit on the counters and during set-pieces.

Kyle Walker is likely to start as the right-back. He has, arguably, been the best defender for the Sly Blues this season and is ahead of Cancelo in the pecking order.

Fernandinho is a certain starter at centre-back in the Manchester City lineup. Pep has continuously chopped and changed the position beside him and something similar is expected on Sunday.

We expect Aymeric Laporte to be handed a start given the Frenchman needs more minutes if he is to play against Real Madrid.

With resources scarce on the left side, Benjamin Mendy is expected to start, even though Cancelo is also an option.

Rodri is expected to start in central defensive midfield with Gundogan dropping out to accommodate a fresh David Silva in the Manchester City lineup.

With a couple of weeks of rest approaching, Kevin de Bruyne will start this game as the third midfield option.

Riyad Mahrez has been City’s most enterprising attacker is recent months and will start on the right while Sergio Aguero will lead the Manchester City lineup.

In light of the injury to Raheem Sterling, we expect Bernardo Silva to be handed a start on the left. But Gabriel Jesus has deputised for Raheem Sterling before and there is every chance he might do the same again on Sunday. 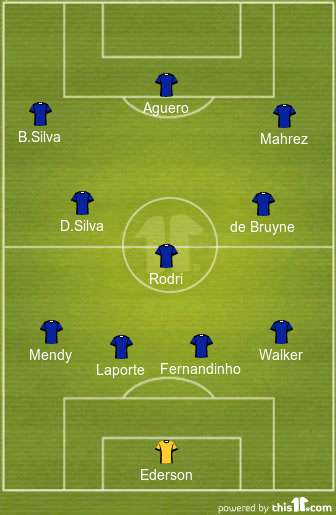