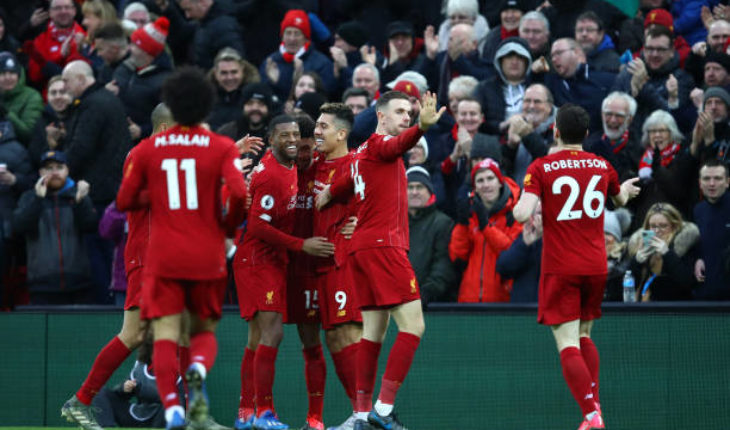 Liverpool beat Southampton 4-0 to continue their march towards their first Premier League title, but it was a game of two halves and things could have been very different.

Southampton were much the better side in the first half, but Liverpool changed gears in the second half and turned on the style to eventually make it a rout.

Goals from Alex Oxlade-Chamberlain, Jordan Henderson, and a brace from Salah made it 16 wins in a row.

Here are three talking points from the game:

Southampton fail to take their chances

Ralph Hasenhuttl’s side’s away form was impeccable ahead of their visit to Anfield, and their gameplan against Liverpool worked to a tee in the first half … except for the goal-scoring bit.

The Saints pressed well, and defended in packs to ensure Liverpool were frustrated. With two hard-working forwards in Shane Long and Danny Ings, they saw plenty of the Liverpool goal but just couldn’t convert.

While some of the chances were long-range efforts, Ings was perhaps unlucky on one occasion as his shot came off Long. Most of their moves had the Liverpool defenders backtracking, and it would have been very interesting to see how the second half would have panned out had Southampton managed to find the back of the net.

Liverpool find a way without their full-backs’ influence

Liverpool’s full-backs are so good, they sometimes run the show, but that wasn’t the case today. The 4-4-2, which at times worked like a 4-6-0 off the ball, neutralised the influence of the full-backs.

When the duo of Trent Alexander-Arnold and Andy Robertson did go forward they weren’t as clinical and expressive as before. 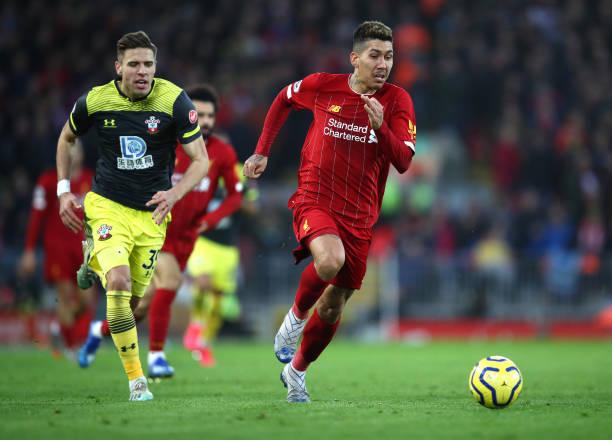 Liverpool, however, had a cheat code in Roberto Firmino, who had a scintillating game dropping deep.

The Brazilian finished the game with a hat-trick of assists, and an incredible four key passes, and played a big role when Liverpool broke forward in the second half to hit the Saints on the counter-attack.

Firmino’s ability to turn opposition players with his first touch, and vision to find teammates was exceptional on the day.

A bit of controversy with the refereeing

It has become a bit too common now, but there were two incidents that could have arguably ended with penalties being awarded.

Firmino was clearly held by Long near the Southampton goal, and though he was far from the ball it should have been a penalty, a decision that wasn’t carefully looked at.

Then, Liverpool’s opening goal came under controversial circumstances as replays suggested Fabinho had tripped Ings in the Liverpool penalty box. It would have been soft, but it seemed like a foul. Do two wrongs make one right?

What is baffling is that the referees aren’t making use of the pitch-side monitor. Why, is the big question.