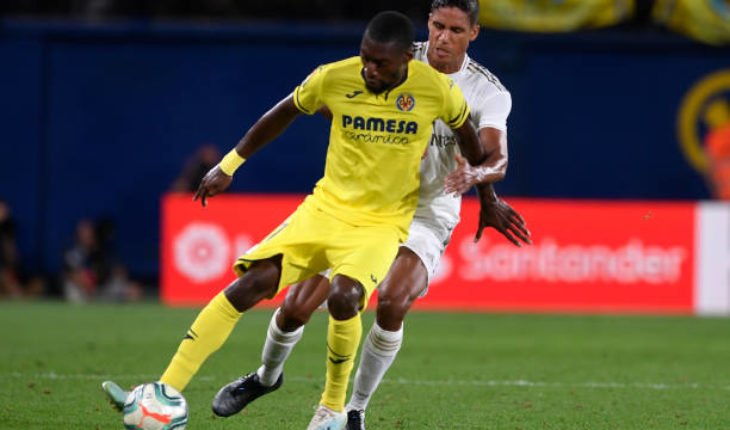 West Ham United could strengthen their attack in the January transfer window with the addition of Villarreal attacker Karl Toko Ekambi. The Frenchman joined the Spanish side from French side Angers in the 2018 summer transfer window and has become an important player for the side.

According to Le 10Sport, several teams apart from the Hammers are interested in signing the 27-year-old as the likes of Lyon and Newcastle United are keen on securing the attacker’s services. The Spanish side want €25 million for the Cameroon international, but none of the sides has registered a bid that matches the amount.

Karl Toko-Ekambi has two and a half years remaining on his current contract. The Cameroonian has scored 24 goals and provided 10 assists in 62 games for Villarreal in the one and a half seasons at the Spanish club.

Karl Toko Ekambi: What will he add to the team?

Karl Toko Ekambi is primarily a striker but has previously played as a winger for a large part of his career. The 27-year-old is a pacey attacker who likes to play on the shoulder of defenders, while his strong dribbling skills also allows him to drop deep to collect the ball and run at defences. He is a potent weapon in counter-attacking situations, while also being a wily striker in and around the penalty area.

The Cameroonian makes clever movements off the ball to get into good positions, which brings him a lot of his goals. Having been a winger who played on the left side of the attack, he likes to drop deep and influence the game with his dribbling and setting up goals for his teammates.

Toko-Ekambi could be a useful signing for the Hammers who have been goal-shy this season. Their summer signing Sebastien Haller, hasn’t quite hit his stride and has only delivered 6 goals in 20 appearances. Karl Toko-Ekambi would add competition and offer a different option for manager David Moyes with his pace and dribbling, as well as his goalscoring.

The Hammers need to net more goals if they are to make a comeback of sorts this season, and the key to that is adding another striker to their squad like Toko-Ekambi, who could grab a few key goals from now till the end of the season.