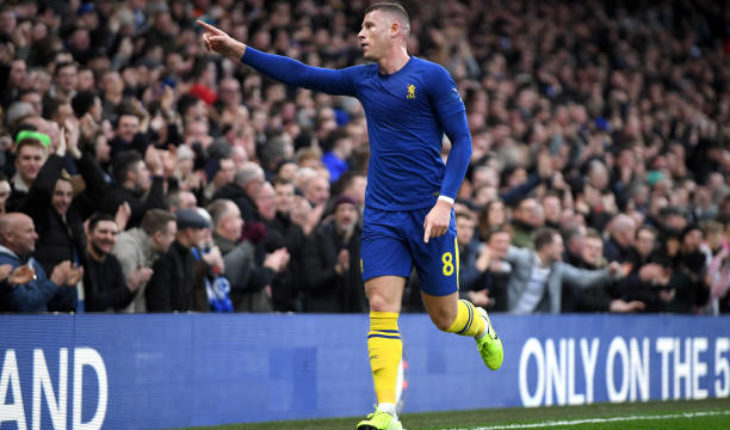 West Ham United could make a move for Chelsea midfielder Ross Barkley in the January transfer window, as per reports.

New Hammers manager David Moyes wants a reunion with back the Englishman, whom he managed when the two were at Everton.

According to Mirror Football, Moyes is keen on bringing Barkley on loan in January but the Blues are not willing to let go of the 26-year-old, who is reportedly a key first-team player for them.

The report further states that the Hammers boss could tempt Barkley to move to the London Stadium to give him more playing time ahead of the Euro 2020.

Since moving to Chelsea from Everton, Barkley has played 63 times, scoring 7 and making 6 assists. The Englishman’s contract with the Blues expires in 2023. 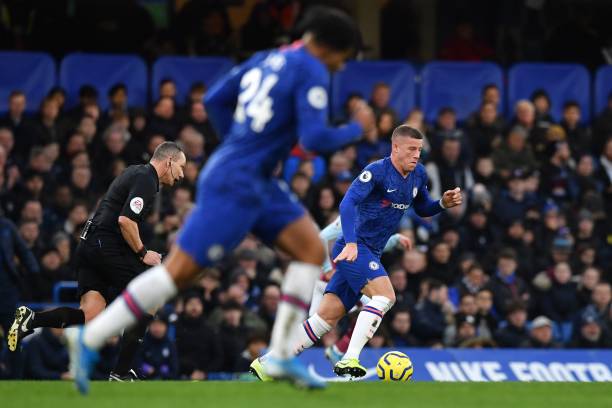 Barkley moved to Chelsea from Everton in the 2018 January transfer window, and was a key player for Maurizio Sarri last season. But this year, under Frank Lampard, he hasn’t had much playing time, due to the form of N’Golo Kante, Jorginho and Mateo Kovacic, as well as the Mason Mount’s promotion into the first team.

He has played just 11 times in all competitions this year, and if he wants to get into Gareth Southgate’s England squad for the Euros, he will need to feature more regularly in his club colours.

If Barkley does decide to leave Chelsea, West Ham would be a good move for him. He would get ample playing time at West Ham as the Hammers have struggled in the middle of the park with Mark Noble out of form, and Jack Wilshere struggling with injuries.

Barkley’s energy, work-rate and creativity in midfield, coupled with his ability to chip in with a few goals could massively help Moyes’ side. The Hammers are in a relegation battle, and they will need hard-working, creative players like Barkley in their side if they are to survive.

With Moyes at the helm of the club, a manager who knows Barkley’s game inside and out, a move in January could benefit the player as well as the club, and help the Hammers stave off relegation and potentially challenge a top-half finish in the Premier League.