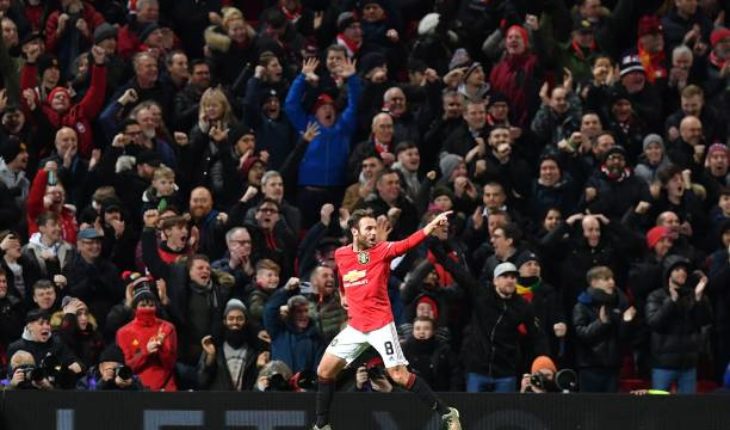 Manchester United face off against league leaders Liverpool today at Anfield, in a game where the hosts are the overwhelming favourites. The Red Devils are the only side to have taken any points off of Liverpool this season when they held Jurgen Klopp’s men to a point at Old Trafford but face an uphill task in the return fixture.

The Red Devils are 27 points behind Liverpool and are currently in fifth place, just 5 points behind Chelsea with a game in hand.

Let’s take a look at the possible Manchester United lineup for this game against Liverpool.

Scott McTominay, Paul Pogba and Marcos Rojo will miss the game through injury.

Marcus Rashford sustained a knock when he came on against Wolves in the FA Cup replay and is a major doubt. Eric Bailly could return to the United squad after playing for the U23 side, while Luke Shaw is a slight doubt due to his hamstring injury.

Sergio Romero played in the mid-week game, but David de Gea will return to the Manchester United lineup for this key clash.

We could see the same backline that played against Wolves with new captain Harry Maguire leading the defence alongside Victor Lindelof.

Luke Shaw’s lack of fitness might ensure that Brandon Williams – who has been impressive this season – will start at left-back. Aaron Wan-Bissaka should retain his right-back slot.

Eric Bailly and Diogo Dalot are other alternatives if Ole opts for any change in formation.

Like the defence, the midfield could see the pairing of Nemanja Matic and Fred as Solskjaer’s other options are out due to injury.

Andreas Pereira could be selected in the no.10 role given Liverpool’s high press and the need for a high work rate to try and counter that.

If Marcus Rashford is fit and ready for the Liverpool game, he should start on the left side in the Manchester United lineup. But there is a good chance he could be afforded a place on the bench at most. That might mean a return to the left flank for Daniel James who had played the initial parts of the season there.

Juan Mata is in good form and while Mason Greenwood is also an option, the experienced Spaniard might be handed a start on the right flank. 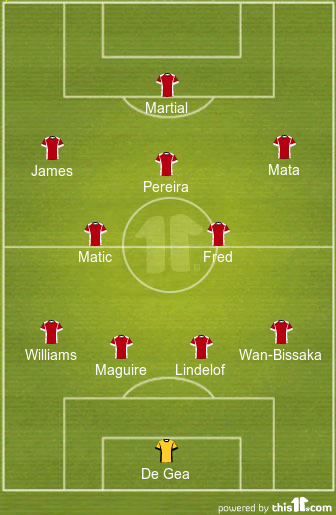