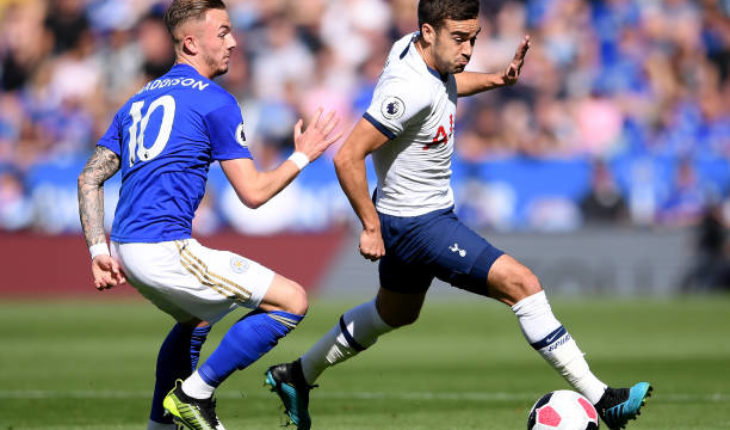 Premier League title holders Manchester City have reportedly shown interest in securing the signature of English midfielder Harry Winks from Tottenham Hotspur this January. The fact that Winks has struggled to bag any meaningful game time under new boss Jose Mourinho after Tottenham decided to part ways with Mauricio Pochettino, has put the champions on alert.

However, City are to face tough competition to strike a deal from arch-rivals Manchester United who have also emerged as contenders, Mirror reports. And the interest of such close rivals could make one of the interested parties to test the waters this month itself.

Winks has often found himself second choice to his national teammate Eric Dier under Jose Mourinho and an offer from a club like City would be hard to resist for a midfielder who is looking to cement his spot in the England national team. Manchester City’s man-in-charge Pep Guardiola is expected to make some sort of approach for the player before the month ends.

Harry Winks at Manchester City: Potential success on the cards

Harry Winks plays in central midfield which is a spot Pep Guardiola is looking to strengthen for the future. Fernandinho is past his prime as he turns 35 in May whereas one of their main creators David Silva has confirmed his departure from the club at the end of the season after serving them for 10 long years.

The midfielder would mainly be a buy for the upcoming season when City will only be left with Rodrigo and Ilkay Gundogan as regular options in the heart of midfield. Also, the 23-year-old could get game time for the remainder of the current season with Fernandinho expected to retain his centre-back role after filling in satisfactorily for a number of injured and out of form regulars.

Harry Winks has promise, which under a more technical coach, can help him become a well-balanced unit in midfield with his forward-thinking approach with the ball waiting to be complemented with more bite while pressing opposition players and trying to break up play in midfield.

With players like Fernandinho and Gundogan offering the best of both worlds and with Pep at the helm, there will be a massive opportunity for someone like Harry Winks to hone his skills to optimise his potential to the maximum.