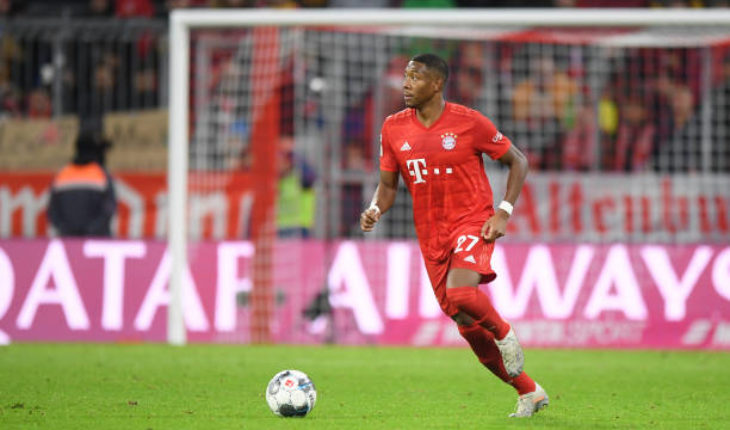 Chelsea are reportedly keen on bringing David Alba to Stamford Bridge from Bayern Munich, the club they will face in the Champions League round of 16 come February.

Alaba has been a key figure for the Bundesliga outfit for quite some time now, and he is one of the best players in his position at the moment.

According to the Mirror, the Blues are preparing a £60 million offer for the full-back in order to solve their problems at left-back.

The left-back, who won his eighth Bundesliga title with Bayern Munich last season, has a €65 million market value (h/t Transfermarkt) and has a contract with the German side till the end of the 2020-2021 season.

But Chelsea and Lampard have been assured a hefty budget (h/t Sun) for bringing in players after their transfer ban got lifted, and they are ready to splash the cash.

The Austrian, who has just 18 months left on his contract, could be tempted by the chance to try a new adventure in the Premier League under Frank Lampard. 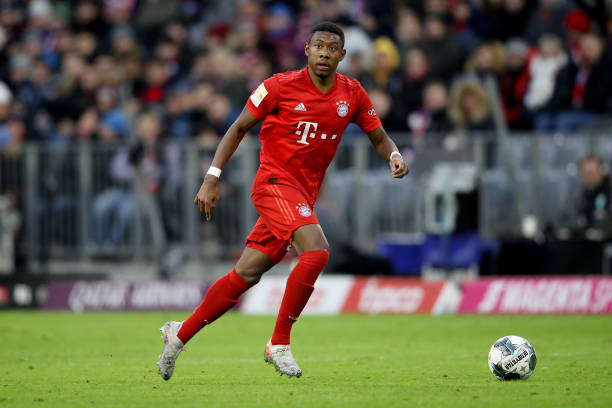 Frank Lampard, since taking charge of Chelsea at the beginning of the season has removed Marcos Alonso from the first team due to the Spaniard’s pace and shaky defensive abilities.

His replacement, Emerson Palmieri, has not been consistent either, which has forced Lampard to move Cesar Azpilicueta at left-back, thereby bringing in youngster Reece James on the right.

Emerson struggled defensively against Arsenal and was subbed off in the first half by Lampard, who has identified Alaba to solve the issue.

Also read: Chelsea In Talks To Sign Serie A Star For £100million

Alaba has been a regular at Bayern and his defensive abilities are top-notch. He is faster than both Alonso and Emerson and can also put in threatening crosses into the box, much to the liking of tall strikers like Tammy Abraham and Olivier Giroud.

Lampard has shown tremendous faith in the youth since taking over with the likes of Mason Mount, Fikayo Tomori, Reece James, Kurt Zouma and Tammy Abraham getting enough game time.

But the team has struggled sometimes due to the lack of experience at the back as Cesar Azpilicueta is the only senior player when it comes to the back four.

David Alaba scores high in the experience meter too and could bring in the much-needed composure in the backline. Azpilicueta would get the chance to move to his natural right-back position, from where he is most comfortable, if Alaba comes in.

Overall, this move would make the Chelsea defence more stable, and Alaba would also provide more of an offensive threat than the current full-backs the Blues have at the club.