Aston Villa have now dropped deep into the Premier League’s relegation zone. The weekend’s result of a 6-1 demolition at the hands of Manchester City at home compounded their woes. Home fans leaving at the 28th-minute mark, after going three-nil down, is never a healthy sight. Villa are in dire trouble. If they don’t mend the crack and plug the leaks they will find themselves playing in the EFL Championship next campaign. With West Brom likely to come up, they will enjoy bragging rights with their neighbours in Villa going down.

Who can help this troubling situation at Bodymoor Heath?

I’ll explain some of the targets and avoiding unnecessary inquiring into players who legally can’t play for Villa or have come out and said they aren’t interested in playing for Dean Smith.

With Pepe Reina already signed, he will be left off this list.

This move seems like a no brainer to any Villa supporter or EFL Championship fan. The Hull City wide midfielder, who can play upfront, is easily the best player at the moment in the league. Having been released by Aston Villa as a youngster he does know the philosophy and energy of the club. The 23-year old has hit 16 goals and assisted in three goals in his 27 appearances this season.

The club will have to battle the likes of Leicester City, Wolverhampton and Newcastle United for his signature. His contract does run out in six months time, a cut-price deal could be in the offing. Bowen was valued by Hull City at 15-20 million back in August. According to Transfermarkt, he could go for around 10 million this January.

Likelihood: 2/10 – in January, chances will rise towards May if he doesn’t sign a new deal at Hull City.

Young Arsenal striker spent the first half of this campaign playing understudy to Patrick Bamford at Leeds United. Scoring five goals in 19 games. However, only four of those coming as starts. Arsenal’s new manager Mikel Arteta recalled him and are now assessing fresh options.

Norwich City, Bristol City and Aston Villa all mentioned. Villa believed to be in the lead. Personally, I would like him in but as a backup to another more experienced player. We can’t rely survival on the shoulders of a 19-year-old.

Having been on fire again this campaign for Fulham in the Championship, he like Bowen, are serious talents. Ones that are wasted in the lower leagues. However, many people don’t see him leaving high flying Fulham for a possibly relegated Aston Villa. With 25 million euros being touted as the fee.

Smith will have to stump up some serious cash for a proven goal scorer – surely that’s a given right? The Serbian frontman has scored 18 goals across 29 games for Fulham this campaign in the Championship.

The Croatian centre back who currently applies his trade for Besiktas in Turkey is close to securing a move to Villa Park. 5-million-euro bid has been accepted by the Turkish side, with personal terms close to an agreement. Vida had concerns about Aston Villa’s league position because he wouldn’t want to play in the second division.

At 30-years of age, the centre back who played in the 2018 World Cup final for Croatia, could be a solid signing. Back in 2018, Liverpool were credited with a 30 million euro move for the defender, however that never materialised. It wouldn’t surprise me that if he does permanently sign, it will include an automatic sale option if the prestigious club is in fact relegated. He is definitely a step up from Kortney Hause and Ezri Konsa.

The Algerian has spent the first half of the season out on loan at Ligue 1 side AS Monaco. He started the year in blistering form, scoring four times in six games. However, with a change of management and three goals since the forward is unhappy. Leicester, who spent 29 million on him from Sporting Lisbon, are looking at various options if they recall him.

Aston Villa have emerged as the main club who is interested in the 31-year-old. I have been a fan of Islam Slimani in the past seasons, however since his move to the U.K he has suffered. He isn’t a young player anymore either so form is more important than potential. He is a better option than Nketiah, but I think Aston Villa should be looking elsewhere.

With these five players linked it is hard to see if really any fit the quality that Aston Villa need for survival. Jarrod Bowen is a wish list player with hopes of signing him diminishing. Domagoj Vida is the most realistic opportunity to strengthen the squad. But that won’t solve the goal scoring issues. Islam Slimani has emerged as the most likely candidate to take the role of Wesley.

Essentially, this means that Viagras effects can last longer the older you are how to get viagra cheap 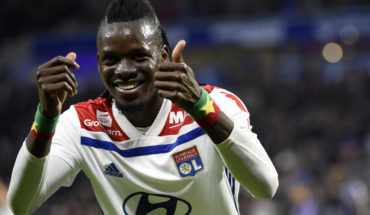