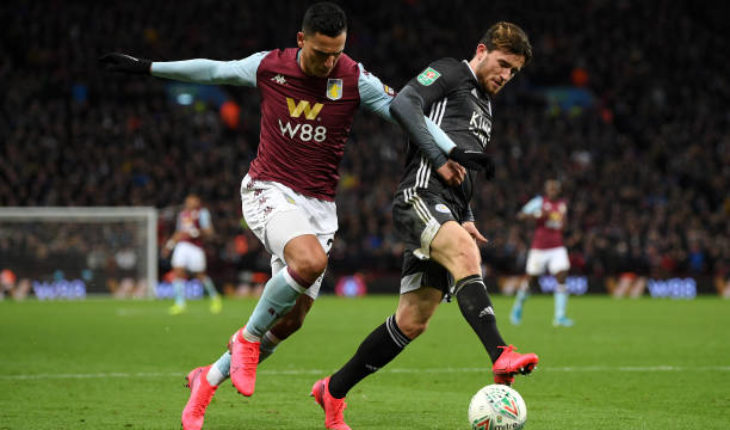 Dean Smith’s side put in a wholehearted performance over two legs against high flying Leicester City, emerging 3-2 winners in the Carabao Cup semifinals.

With a Wembley final against Manchester City in the bag, Aston Villa must now focus on the tough relegation battle they find themselves in, in the league.

Their next opponents, Bournemouth, arrested a run of four straight defeats with a morale-boosting 3-1 win against Brighton in their last game. But Aston Villa have had a slightly more consistent run in the lead up to this game with two successive wins in two competitions holding them in good stead.

On paper, this is a game Villa will have earmarked as a potential 3-point haul and given their league position, will be desperate for now.

Orjan Nyland put in a terrific display against Leicester City but will likely make way for the veteran Pepe Reina, who was left out as a precaution against the Foxes.

Smith will persist with the 3-4-3 and will back majority of the players who have seen action over the last week.

The back three is likely to consist of Tyrone Mings with Konsa Ngoyo and Kortney Hause on either side of him in the Aston Villa lineup.

The two wing-backs/wide midfielders are also expected to remain the same which means Frederick Guilbert and Matt Targett will start at right-back and left-back respectively.

Smith has options in central midfield but the duo of Marvelous Nakamba and Douglas Luiz have performed well and will start in the Aston Villa lineup against the Cherries.

Jack Grealish has, hands-down, been the standout player for Villa and he will lineup on the left-wing and will be the main attacking force for the away side.

Anwar El Ghazi is the likeliest option on the right-wing while there is a chance the manager might opt to rest the new arrival Mbwana Samatta after two consecutive starts.

Keinan Davis is fit and could well make a start tomorrow in the Aston Villa lineup. 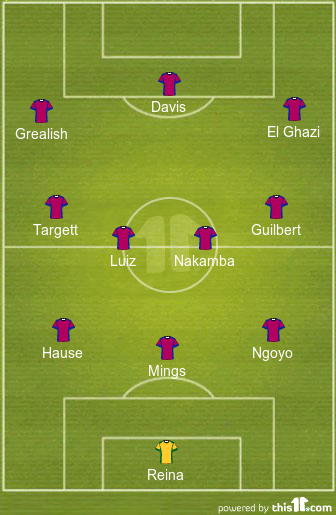