Home
LEAGUES
English Premier League
Arsenal
Arsenal Looking To Sign Serie A Creative Star: How Will He Fit In Under Arteta? 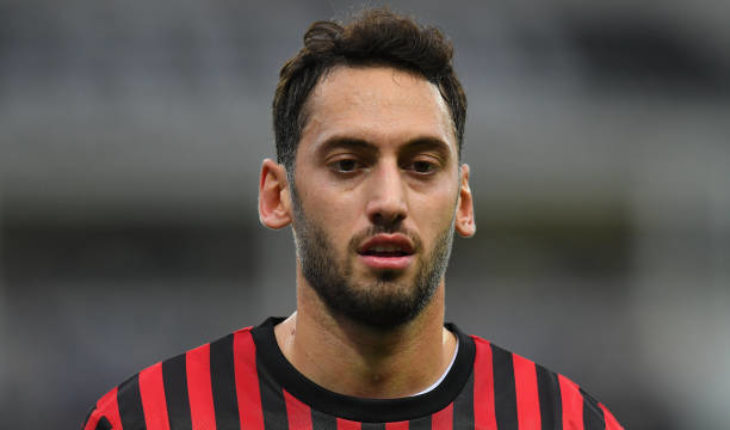 Arsenal could bring AC Milan midfielder Hakan Calhanoglu on loan in the January transfer window, as per reports.

Calhanoglu has been with the Italian side since 2017, having joined the side for a fee of around €20million.

As per Mirror Football, Arsenal manager Mikel Arteta could bring Calhanoglu to strengthen the midfield which has looked weak this season. Calhanoglu has one and a half years remaining on his contract with Milan as his current deal expires in 2021.

Calhanoglu has been a key figure for Milan over the last two and a half seasons, making over 100 appearances, scoring 14 goals and making 24 assists.

The Turkish international has also been a key player for his national team, having played 47 times since making his debut in 2013. He has scored 10 goals in the process.

Hakan Calhanoglu – How will he fit in under Arteta? 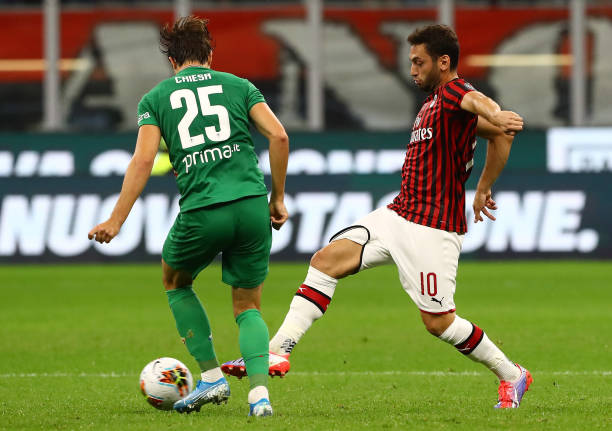 Calhanoglu is a skilful and creative player who can play out wide as a winger or in central areas.

The 25-year-old has great close control, and can dribble past players with his quick movement, while he is also a very good passer who can put teammates through with his creative passes.

Calhanoglu is also very good from set pieces and has earned the reputation of being a good free-kick taker.

He has been played out wide mostly this season, but he is also very adept at playing in the middle – either as a central midfielder or a No. 10, and has even played briefly as a holding midfielder.

If he does join Arsenal, it will be interesting to see where Arteta plays him. He wouldn’t offer much defensively, hence playing him in a deep-lying role as part of a two-man midfield would not quite be the best for the Gunners.

The Turkish could, though, play in the No. 10 role, replacing Mesut Ozil in the team. He offers a little more dribbling ability than the German, which could make him a better option, while also being more mobile.

Calhanoglu could also be a useful substitute when the Gunners are chasing games or when playing against stubborn defences. With Aubameyang playing out wide on the left, it will be unlikely that Calhanoglu will replace him in the starting lineup.

At best, he could be an option off the bench, or as a replacement for Ozil. 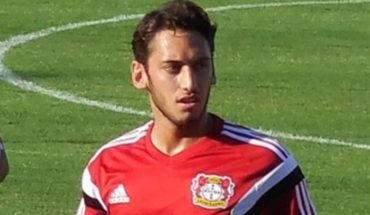