Mikel Arteta is expected to be busy this month in the transfer window as he tries to strengthen his squad in order to challenge for a top-four berth in the Premier League.

The Sun have reported that Arsenal are monitoring Rangers midfielder Glen Kamara from close quarters and are interested to bring him to the Emirates Stadium.

Arsenal’s scouts were apparently in the stands at the Parkhead last weekend during Rangers’ 1-2 away win over Celtic to assess Kamara.

However, it will not be easy for Arteta to sign him as Crystal Palace, Brighton & Hove Albion, Burnley, Aston Villa and Leeds United are also believed to be in the race to sign him.

He has progressed well under the tutelage of Steven Gerrard and has certainly established himself as a first-team regular at Rangers.

The midfielder is under a contract with the Gers until 2023 and it has been further reported that Gerrard is reluctant to lose his services anytime soon.

Glen Kamara emerged through the youth ranks of Arsenal but during his stay at the Emirates Stadium, an appearance in the League Cup for the senior side was all he could muster.

While he was on their books, he spent loan spells at Southend United and Colchester United before switching to the ranks of Scottish outfit Dundee.

A move to the Ibrox Stadium in the January transfer window of 2019 for £50,000 followed and his performances for the Gers has attracted a lot of interest.

Moreover, he has also been a hit for the Finland national side who have recently qualified for the UEFA Euro 2020 finals and seems to have a bright future ahead of him.

Should Arteta Go All In?

Granit Xhaka could be on the move to Hertha Berlin this month and if the same materializes, Arteta will be short of options to fill the central midfield as Lucas Torreira and Matteo Guendouzi will be his only choices.

Glen Kamara will be an ideal option for the north London based outfit as he distributes the ball well, has a commanding physique and can control the tempo of the game.

The 24-year-old is a tough tackler and an astute interceptor of the attacking endeavours of the opposition and has the calibre to get the job done from a deep-lying role.

Kamara himself fancies a move to the Premier League and considering that he has unfinished business at Arsenal, he might be tempted for a move to Arteta’s ranks. 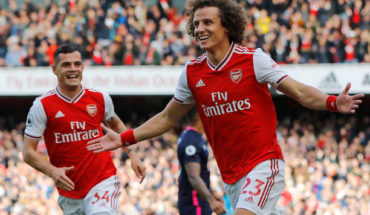