Home
LEAGUES
English Premier League
Arsenal
Arsenal In Contact With Representatives Of Ukrainian Defensive Ace: Is He A Good Option? 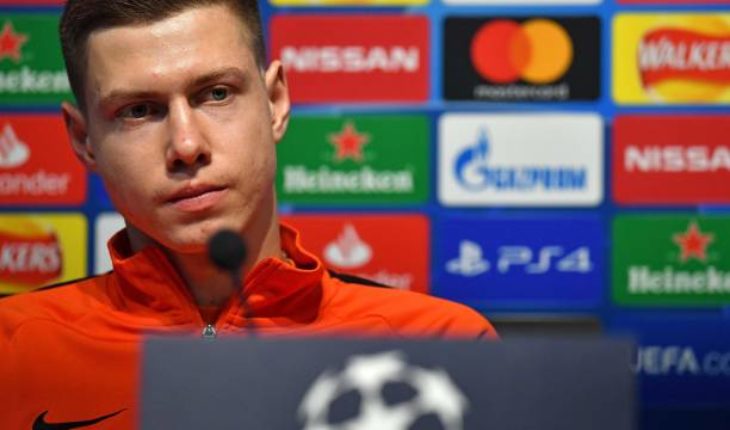 Reports suggesting Arsenal are interested in Ukrainian talent Mykola Matviyenko have surfaced recently. From what it seems, Matviyenko is the latest addition to the already long list of defenders Arsenal are interested in. Mikel Arteta wants to bring in defensive reinforcements in this window because his two main left-backs are injured and that is an area which has troubled the Gunners for quite some time now, along with their error-prone central defensive options.

They have contacted Ligue 1 side Paris Saint-Germain about the availability of Lavyin Kurzawa also. But that deal seems unlikely to happen in this window. Olympiacos’ Greek left-back Kostas Tsimikas is another player Arsenal are monitoring. Now, the north Londoners are focusing on the Shakhtar Donetsk star, Mykola Matviyenko. He is primarily a centre-back, but can also play with equal prowess on the left. The player might have dropped a hint about his future on social media.

The 23-year-old liked a post which stated “Arsenal wants to carry out a transaction to buy Matviyenko by February 1st. Do you want this transfer to be done this winter?”

Not only the player but his agent Yuriy Danchenko too has been vocal about Arsenal’s interest. On being asked about Matviyenko’s future, Danchenko told Ukrainian media,

“Recently, my colleagues and I have been constantly in contact with representatives of the Arsenal, and have had meetings. The Gunners’ hierarchy have already contacted (Shakhtar Donetsk), and we hope that these negotiations will succeed.”

Mykola Matviyenko: Will he be a good addition?

By the looks of it, Mikel Arteta will be happy with any defender the club signs. With Sead Kolasinac and Kieran Tierney injured and David Luiz suspended, Matviyenko might be a good addition. Having said that, there are a lot of questions about this possible deal.

Mykola Matviyenko has been at Ukrainian giant Shakhtar Donetsk since the start of his career.

But he made the headlines only this season. Matviyenko doesn’t possess a great deal of experience. He has played only 23 matches for Shakhtar in his entire career. He is also not a great attacking threat even though he is not averse to being adventurous with the ball at his feet. In terms of attacking output, the defender has got only one goal and an assist this season.

His approach play is aggressive and he likes to carry the ball out of defence, something Mikel Arteta wants from his centre-backs. But the lack of experience and the level of competition in which he has plied his trade till now might be an issue given the doldrums the current defensive players are in.

Add to that the impending arrival of William Saliba in the summer and there might suddenly be a dearth of top-class experience for Arteta to deal with. Arsenal will have to spend in the summer and ideally, a move should be made for someone like Dayot Upamecano, who has already been linked with the Gunners.