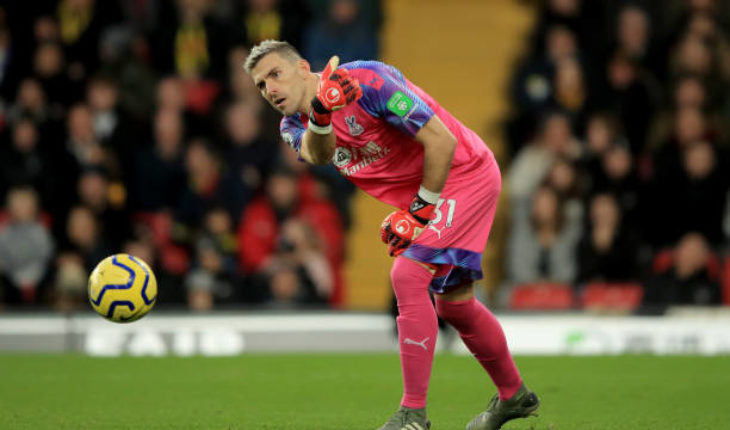 Crystal Palace goalkeeper Vicente Guaita has attracted interested from Premier League side West Ham United, after a string of good performances for the Eagles.

The 32-year-old keeper, who joined Palace last summer, has made a big impression and reportedly been linked with a move.

According to AS, West Ham United are keen on signing the experienced ‘keeper, while Manchester City are also interested in bringing him to the Etihad if current No. 2 Claudio Bravo leaves the club.

The Hammers could make a move for him in the January transfer window as per the report.

Guaita spent a large part of his career in Spain, playing for the likes of Valencia, Recreativo and Getafe, before joining Palace. The Spaniard has made 40 appearances for Palace since joining them in 2018 on a free transfer.

His current deal with the Eagles expires in 2021, which means that he could be available for a bargain.

The Hammers have endured a tough season despite a promising start in August. Their dip in form has coincided with the injury to their No. 1 keeper Łukasz Fabiański, who hasn’t played since the last week of September, but is close to returning to full fitness.

Roberto, the No. 2 at West Ham, made a few high-profile errors which led to his own fans mocking him, while third-choice ‘keeper David Martin has had a decent few games.

But, it’s quite evident that the Hammers need a better keeper to replace Fabiański or even offer competition to the Polish international.

Vicente Guaita could be a good option for the Hammers as he has shown that he belongs in Premier League football. The Spaniard has kept 6 clean sheets this season – the second-most in the league. He has averaged 2.9 saves per game this season, while topping the charts for most punches.

The 6’3″ Spaniard is a commanding goalkeeper who is a safer pair of hands than the other two ‘keepers below Fabiański in the pecking order.

While it would be tough to convince him to sign for the Hammers if Manchester City are the other club interested in his signature, he would be a good buy if that is not the case.