Newcastle United will face Crystal Palace at home on Sunday, ahead of a run of tough fixtures against the likes of Manchester United, Chelsea, and Leicester City in the coming weeks.

The Magpies’ three-match unbeaten run was brought to an end last weekend by Sean Dyche’s Burnley, who defeated the Magpies 1-0.

Newcastle are currently 11th in the Premier League table, 7 points above the relegation zone, but they will need a win in this fixture as points in the next few fixtures may be hard to come by. The last time these two sides faced off at St. James’ Park, Palace won the game 1-0.

The Magpies had as many as eight first-team players out of the Burnley game due to injury. The likes of Miguel Almiron, Allan Saint-Maximin, Jonjo Shelvey and Ciaran Clark joined long-term injured players Jamaal Lascelles, Matt Ritchie, and Karl Darlow.

Shelvey and Almiron should return to the squad if not the Newcastle United lineup, but we aren’t quite sure if Clark will be available.

Let’s take a look at the possible Newcastle United lineup for the game against Crystal Palace.

Martin Dubravka has been an ever-present in the Newcastle United side and he should continue in between the sticks for the Magpies.

Fabian Schar, Federico Fernández and Paul Dummett were the three central defenders for Newcastle United against Burnley, and we could see the trio continue for the game against Crystal Palace. If Clark is fit, he could come into the Newcastle United lineup for Dummett.

We could see one change in the defence for Newcastle this weekend as DeAndre Yedlin could return to his right wing-back slot in place of Javier Manquillo, to freshen things up. Jetro Willems should continue on the opposite side for the Magpies.

Sean Longstaff got his first start in more than a month last weekend, but he could make way for the in-form Jonjo Shelvey if the Englishman is passed fit.

Shelvey should start in midfield alongside Isaac Hayden if fit, while Miguel Almiron could start on the right side of attack, if he too is fit.

Joelinton started on the left side last time around, but we could see him be replaced by Christian Atsu, who played on the right last time.

Andy Carroll could retain his place in the team as the side’s No. 9. 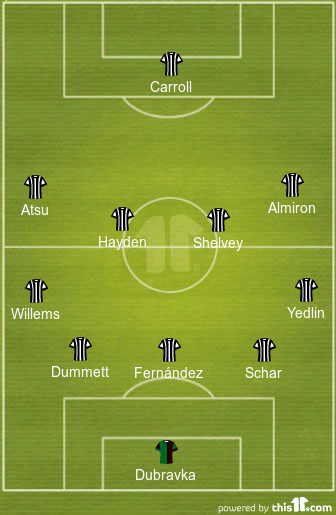 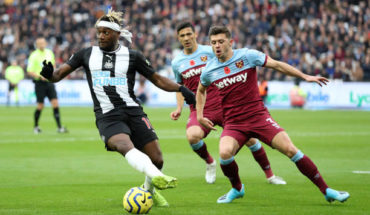