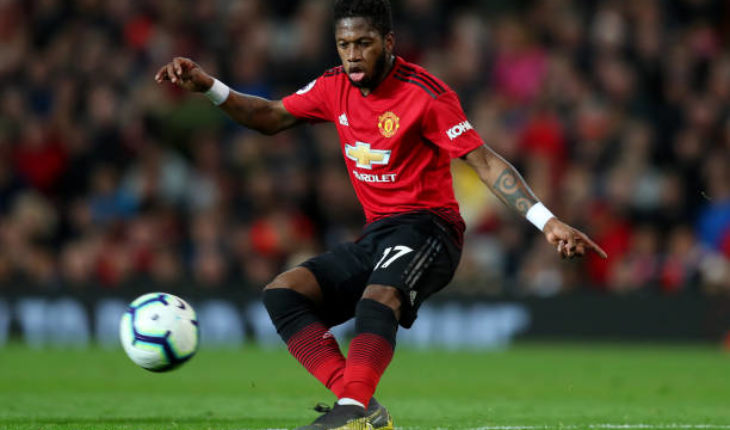 After an impressive second-half performance against AZ Alkmaar in the Europa League, to backup their commanding wins over Manchester City and Tottenham Hotspur, Manchester United are back in league action this weekend, as they welcome Everton to Old Trafford. The Toffees, who are under an interim manager, managed a surprise win over Chelsea at Goodison Park last weekend.

But Everton have been anything but impressive this season, registering just five wins in 16 league games. The Blues have also beaten United just once in their last 26 trips to Manchester, a record they will be desperate to improve on this weekend. But Ole Gunnar Solskjaer’s men have won three games on the bounce and will be high on confidence ahead of this tie.

The manager revealed that Paul Pogba, Eric Bailly and Timothy Fosu-Mensah will be back in training next week but will miss this game. Jesse Lingard remains doubtful while Marcos Rojo remains sidelined for yet another week.

David de Gea was among the many rested for the mid-week game against Alkmaar but should be back in the Manchester United lineup.

Harry Maguire was subbed off in that game and will be fit for the match tomorrow. He should be partnered with Victor Lindelof, who has been impressive in the last few outings.

Aaron Wan-Bissaka was also rested against Alkmaar. He should return to the right-back role and might have another testing game against the likes of Richarlison on the wing.

Luke Shaw, who is back in training, will start at left-back.

Fred is slowly finding some form and was one of the best players for United in the derby last weekend. He should be partnered with Scott McTominay who has been pretty consistent for Ole in the middle of the park.

Jesse Lingard’s niggle could give Ole a chance to hand Andreas Pereira another start in an advanced role. The Brazilian could start in the no.10 role with Marcus Rashford on the left and Daniel James on the right in the Manchester United lineup.

The likes of Djibril Sidibe and Leighton Baines may have their work cut out against these in-form wingers. Anthony Martial should continue to lead the line. The Frenchman scored United’s second in the 2-1 win against Manchester City and could be the danger man yet again this weekend. 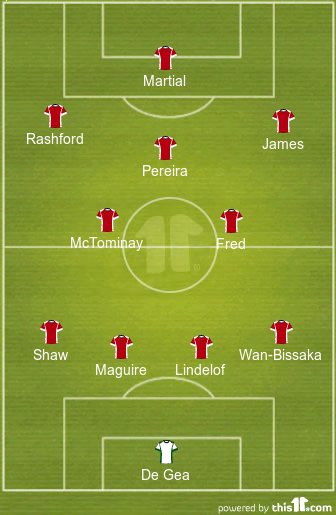 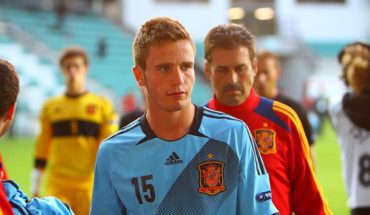