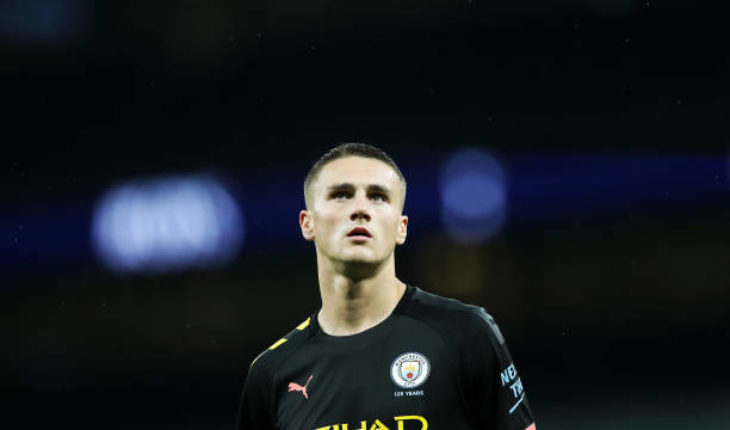 Manchester City have a kind draw on paper in the quarter-finals of the EFL Cup.

The Sky Blues will play Oxford United tomorrow amidst a run of games in which they have been inconsistent on the pitch. Already 14 points off the top of the league, Pep Guardiola will face Brendan Rodgers at the weekend with the former Celtic boss 4 points ahead in second place.

This will see the Manchester-based outfit rest a number of key players but given the depth of their squad, the starting eleven is expected to remain a strong one against Oxford.

Sergio Aguero is back in training but won’t be available for the match. John Stones remains out while David Silva might not be risked in midweek.

Claudio Bravo will replace Ederson in the Manchester City lineup. The Chilean hasn’t been impressive in the opportunities handed to him this season but will look for a solid display in the cup competition.

Joao Cancelo will play at right-back. The Portuguese has taken his time to settle down and will look to put in an assured display in Kyle Walker’s place.

Major changes are expected in central defence. With City down to just one regular centre half in Otamendi, Pep will be forced to play the kids here.

Thus, starts for Taylor Harwood-Bellis and Eric Garcia are in order.

Zinchenko is back in action and is likely to play at left-back in the Manchester City lineup.

Rodri should retain his place in defensive midfield. The Spaniard will hope for a slightly more comfortable day in the office and will look to play on the front foot.

Ilkay Gundogan is likely to retain his place with David Silva unlikely to be risked.

Phil Foden should get his 3rd consecutive start and will look to cap off an excellent 10-days.

Riyad Mahrez will start, probably on the right with Bernardo Silva expected to be selected on the left in the Manchester City lineup.

Lack of alternatives should see Gabriel Jesus continue to lead the line. 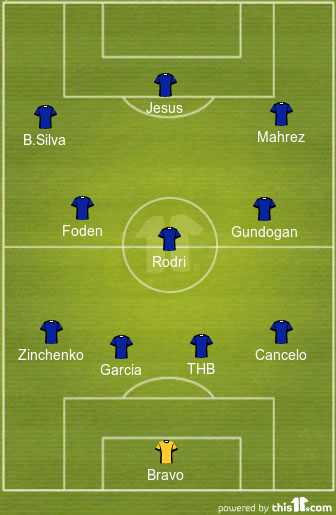