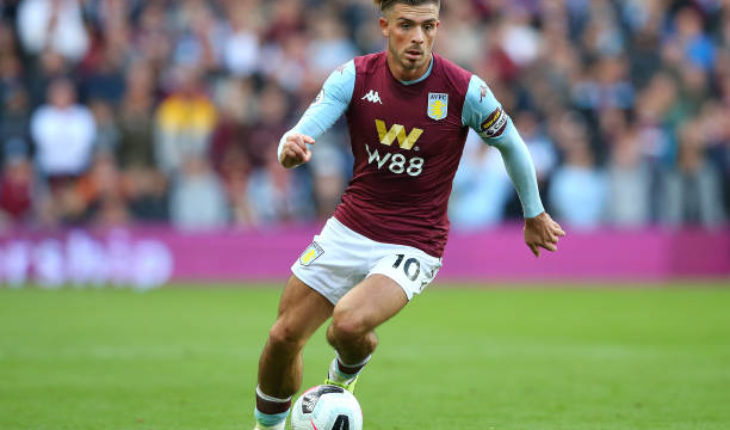 Aston Villa’s flamboyant attacker Jack Grealish has had a good first year on Villa’s return to the Premier League, scoring thrice and providing four assists this season till now.

If the attacker continues his fine form this season, the Englishman could very well earn a move to a top side in the Premier League at the end of this season. The 24-year-old, who has come through the ranks at Aston Villa, has become one of their most important players.

Jack Grealish scored a fabulous goal against Manchester United at Old Trafford recently, impressing once again for the Villans. The winger is exactly the kind of player that the Red Devils need at the club, one that is fearless, tricky, and always looks to drive forward with the ball.

His pace, trickery and confident dribbling, as well as his good passing,  could make United a much better side going forward and offer Red Devils manager Ole Gunnar Solskjaer yet another exciting option going in attack.

His ability to play as a winger, as well as an attacking midfielder,  will offer cover for United in more than one position, which could be a great advantage to them and their weak squad.

The Gunners are good going forward and many fans want the north London club to sign strong defenders as well as defensive midfielders, but they lack options on the left side of attack.

Alexandre Lacazette and Pierre-Emerick Aubameyang have played off the left, but both are natural strikers rather than widemen. The only true left-winger in the Arsenal squad is Bukayo Saka, who is just 18 years of age and has to mature as a player.

Grealish’s flair and attacking ability will fit in well with Arsenal’s style of play and would make them even more deadly in attack.

Liverpool are flying at the top of the Premier League and many fans wouldn’t want another attacker as they have three fantastic forwards at the moment.

But, it’s quite obvious that Jurgen Klopp’s squad lacks options out wide, especially out on the left as the German has played striker Divock Origi on the left when his wingers have been injured. Jack Grealish would be a quality option for Klopp as his flair and dynamic play could be a threat for opposition defenders.

Klopp will also look to strengthen in the summer as he cannot let the squad stagnate and risk the intensity levels dropping as they look to begin an era of dominance in England.

The Villa player does, however, have to learn to defend and improve his work ethic if he fancies a successful career at Anfield in the future.