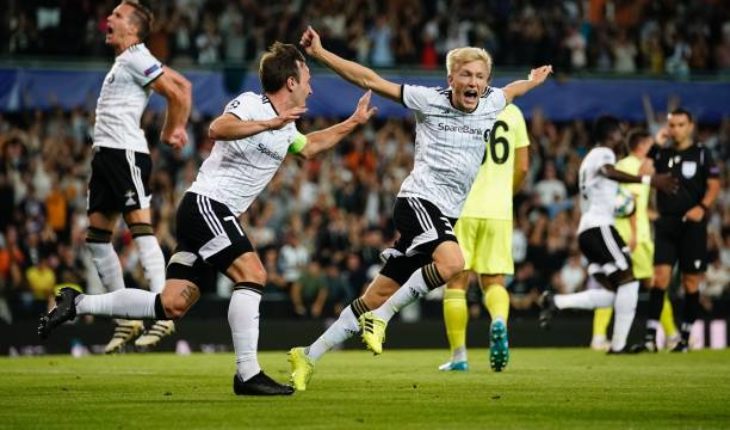 West Ham United are reportedly interested in left-back Birger Meling, who currently plays for Norwegian side Rosenborg. The Premier League side have been keeping track of his displays and could make a move for him.

According to Daily Mail, several clubs in Europe, apart from West Ham United, are also interested in the 24-year-old left-back. Meling has previously been linked with a move to Scottish champions Celtic. He has just over a year remaining on his current contract which expires in December 2020.

Birger Meling was with Middlesbrough in their youth set-up before returning to Norway to play for Stabæk and then Rosenborg. He has made over 100 appearances for Rosenborg since signing for them in 2017. Meling has made 39 appearances for the Scottish side this season in all competitions, scoring twice and providing four assists. The fullback has also represented his national side, having played 10 times for Norway since debuting in 2017.

West Ham have two strong left-backs in Arthur Masuaku and Aaron Cresswell, both of whom have had good runs in the team. But, manager Manuel Pellegrini could perhaps want a left-back who is strong defensively and adds further competition to the left-back spot.

Meling is a defender who is strong defensively and loves to make tackles. The left-back has averaged 1.3 tackles and 1.7 interceptions this season in the Europa League for Rosenborg. He is a player who likes to venture forward as well, contributing with crosses from deep as well as dribbles. In the three Europa League matches this season, he has averaged 4.3 long balls per game for the Norwegian side.

The 5’8″ defender covers ground quickly to stop the opposition from venturing into the penalty box, while also being solid when faced with an attacker. A good crosser, defensively sound, and with work-rate to run up and down the pitch, Birger Meling could be a good addition for the Hammers.

Having said that, the Hammers need a right-back as well, with Pablo Zabaleta nearing the end of his glorious Premier League career and the London side are going to be incredibly light on the right side of the defence come next season.

The left-back spot seems to be sorted as far as credible options are considered and Pellegrini needs to shift his attention to procuring a defensive midfielder as soon as the optics are in place.